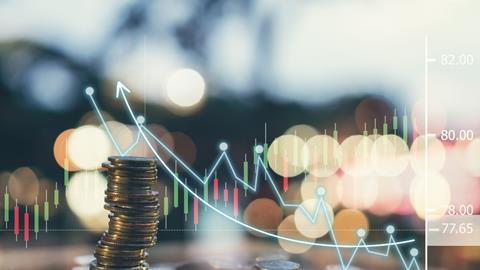 UK food inflation vs the rest of the world: how Britain compares

The UK may be facing its strongest bout of inflation since the 1970s, but Brits can at least be glad they’re a long way from Russia. For while food inflation here is now at 8.6% and rising, the picture is far starker on the other side of Europe.

Food inflation in Lithuania, Bulgaria and Hungary is running at over 20%, while Baltic neighbours Latvia and Estonia are not far behind at 18.8% and 17.4% respectively.

In other words, the closer you are to Russia, the faster your food costs are rising. Russia’s war in Ukraine is an obvious factor, and Poland’s prime minister Mateusz Morawiecki is now calling the problem ‘Putinflation’ to pin the trend on Russia’s president.

He is partially correct. Energy prices are certainly rising faster in eastern Europe than in western Europe, in large part due to a higher reliance on Russian gas, Eurostat figures show. Governments are trying to change this – in April, Lithuania became the first EU country to cut off its Russian gas – but such moves do little to ease inflationary pressure.

Wage growth is also playing its part in eastern Europe, with workers making the most of tighter job markets to secure pay rises. In Hungary, for example, annual pay growth hit 15.5% in March, according to the Hungarian Central Statistical Office. By comparison, the UK is at 4%.

In western Europe, there is little to separate countries based on food inflation. In May, it hit 8.8% in Austria, 8.9% in Sweden and 9.1% in the Netherlands. While for a long time Europe lagged behind the UK on food inflation, it has now taken the lead, the European Central Bank said last week.

Among the G7 nations, there is again only minor variation. Germany’s food inflation is a little higher at 10.9% and France’s is lower at 4.6%. But while France’s rate may look muted for now, this is mainly due to government policy that restricts how fast price increases can be passed on through the supply chain, says Thijs Geijer, an economist at ING Research. It means it’s likely only a matter of time before France catches up.

Across the Atlantic, food prices in the US and Canada are rising at 10.1% and 8.8% respectively – comparable to western Europe, though the factors are somewhat different. Unlike western Europe, North America is largely insulated from energy price rises as it is chiefly supplied by domestic sources.

Wage costs, however, are proving much more significant, particularly in the US, where labour markets are generally more fluid. “When covid first happened in the US you saw many people getting fired because that can be done quite easily,” Geijer says. “But it also works the other way around, so when the labour market is getting tighter, companies have to increase their wages faster to attract employees.”

From here on out, the question everyone seems to be asking is: how much longer will this go on for? Unfortunately, it seems inevitable food inflation will get worse before it gets better.

A record number of European businesses are now looking to raise prices, according to a survey by Eurostat, an index which tracks the selling price expectations of food manufacturers.

It is therefore unsurprising that in the UK, the IGD estimates food inflation will hit 15% in the summer, while bank Citi is predicting a rate of a little over 20% during the first few months of 2023.

Once we hit April 2023, inflation could start falling back into line, suggests James Smith, a developed markets economist at ING. It was in April 2022 that both energy and food prices began ramping up. Therefore, at the same point next year this will fall out of year-on-year comparisons for the first time.

In the meantime, however, the UK looks set for a rough nine months – just like everywhere else.