Meat needs an industry-driven scheme to keep fraud at bay 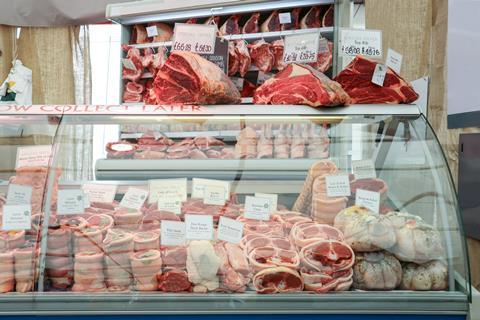 Meat traceability systems have improved greatly since the horsemeat scandal, but the supply chain that sells into smaller retailers such as butchers still stands out as a huge risk

Six years on from the horsemeat scandal, we are still counting the cost. So why do I bring this unpleasant, uncomfortable memory up now?

A number of different factors have come together over the past few days. Not least media reports of the successful prosecutions of four men in France, two of them former bosses of meat processing company Spanghero, for their part in the horsemeat scandal. They were handed sentences ranging from fines to imprisonment for their part in what was a truly European-wide food fraud scandal. This now means convictions in Holland, the UK and France have resulted. I believe more are still to come as prosecutors continue to grapple with a complex web of cheating and deceit orchestrated by organised crime gangs spanning international borders.

The second trigger for this article was the report of a European Commission audit of Polish meat controls following the country’s more recent scandal, which saw meat from sick and fallen animals sold into 15 different member states. The audit found serious shortcomings in the implementation of official controls at the implicated meat plants and, at a broader level, officials failing to recognise signs that pointed to such failings. Hardly a good news story for the Polish meat industry.

My third trigger was reading a chapter of a PhD thesis from one of my own very good students. She looked at 20 years’ history of reported fraud cases in meat across Europe, over 400 of them in fact, to see what lessons might be learnt. The biggest issue she found was that primary processing is the most vulnerable stage of the supply chain. Slaughtering at unapproved premises, or without appropriate inspection or documentation, also ranked as big issues.

My fourth trigger was very recent contact with a butcher in the UK, who told me of the relentless calls it gets to sell it ‘cheap meat’. This butcher did not take up the offer, but this meat of dubious provenance, quality and safety must be entering the market somewhere.

With all this information I’ve tried to do a bit of a ‘state of the nation’ in terms of meat fraud. Due to ’horsegate’, the ability of rogues to penetrate the UK retail system is thankfully much, much reduced.

Greatly improved traceability systems are now in place (though to varying degrees across retailers), the Food Industry Intelligence Network’s activities and individual meat companies running much tighter ships are the main factors in what amounts to a very good state of affairs.

However, the parallel meat supply system (as I call it) that sells into smaller retailers such as butchers and the foodservice sector, stands out as a huge risk. This sector has no FIIN to protect it, only beleaguered teams of Environmental Health Officers. Like horsegate this is not a UK-only problem and I believe there are very similar issues across Europe. Of course, it’s not such a good time to suggest a European solution to the problem…

Meat is getting a very bad (and often wrong) press for many things currently. It seems to be responsible for everything from climate change to causing ill health these days and perhaps me flagging up potentially serious integrity issues will only add to the burden. Yet surely some industry-driven scheme to ensure what people are consuming is genuine, locally produced meat is exactly what is needed in the sectors identified as being at greatest risk.