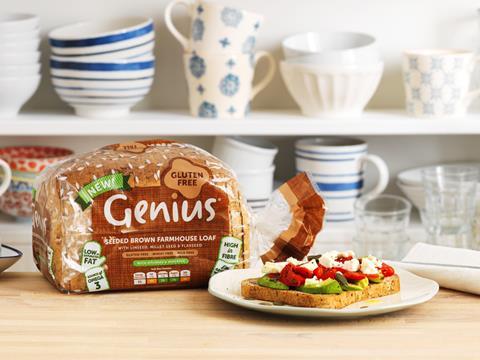 Gluten-free manufacturers have vowed to bring in new measures to protect consumers amid growing fears over the risk of contamination because of the huge boom in the sector.

Leading suppliers have formed the Gluten Free Industry Association (GFIA), which has promised to draw up new best practice guidelines in areas such as ingredient sourcing and gluten testing methodology in the next 12 months.

Although voluntary, the GFIA said it hoped the new protocols would significantly improve the level of testing of products and ensure better practices across a rapidly growing supply chain.

The body hopes to reduce the cost to suppliers from ‘false positive’ tests, which result in product recalls, and boost consumer confidence in quality and safety standards.

Simon Wright, founder of OF+ Consulting and GFIA chair said talks on forming the organisation originated when he and Genius Foods founder Lucinda Bruce-Gardyne discussed ways of improving confidence in the sector after a high-profile recall in June 2015 involving Genius products.

Laws came into force in 2012 that mean only foods containing 20 parts per million or less can be labelled gluten-free, but Wright said the new group was considering how members could look to guarantee even lower levels.

Another key issue facing the gluten-free sector was the controversy over high levels of fat and sugar in some gluten-free products, Wright said, although he cautioned it was too soon to say if this issue would be tackled by the body.