Princess Anne lines up a royal rumble with GM comments 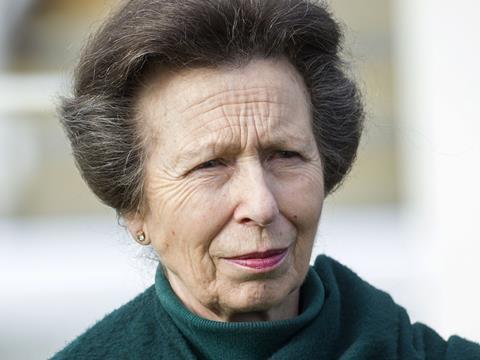 It’s always fun when the Royal Family weighs in on matters of national importance, but I do fear for the atmosphere at the next banquet now Princess Anne has said nice things about GM food.

Prince Charles hates GM food, so he might have one of his apoplectic moments when he hears what his little sister said to the BBC Radio 4’s Farming Today programme.

The full episode will be aired tomorrow at 5.45am, so only farmers like Princess Anne, who was apparently on the show because she has farmed her Gloucestershire estate since the 1970s, will be up to hear it.

But, fortunately, excerpts from the show have been released already and the reaction has been so divisive that Princess Anne is currently trending on Twitter, just below #jeremykyle (whenever it’s on people tweet insulting things about the people on it) and just above David Attenborough, who has just had a prawn named after him.

So what exactly did Princess Anne say?

“GM is one of those things that divides people,” she began, accurately. Then she disappeared down a genetically modified rabbit hole.

“I do think that in the future gene technology has got real benefits to offer, which will maybe have an occasional downside, but I suspect not very many,” she added, in the reassuring manner of an expert in the field.

“Most of us would argue we have been genetically modifying food since man started to be agrarian,” she continued, less accurately. “But everybody would say it doesn’t happen so quickly via conventional selective breeding.”

It’s precisely this disingenuous equation of genetic modification with the relatively natural process of selective breeding of plants or animals that stymies any rational discourse over the true laboratory-based science of GM, and whether that science should be applied to what we eat.

Regardless of where you stand on the GM debate, and valid arguments can be made for either side under certain circumstances, cross-pollination is not the same as inserting genes into plants. To treat them as the same thing, as GM proponents often do to make it sound more wholesome, confuses the issue further and clouds any potential GM might have in the UK, or elsewhere.

GM crops (which the Princess would “unarguably” grow on her farm) aside, she is also a fan of genetically modifying animals, saying she has “rare breeds livestock” (naturally) “so genetic modification would be a bonus if I could just find a way of making them a little more robust in terms of survivability.”

If only she could find a way… Leaving aside the ethical and moral concerns of tinkering around with the genetic makeup of animals, opponents of GM might say that certain meat manufacturers may not solely be interested in making their animals a little more robust. Eventually they will justify breeding 2,000lb pigs or 10lb chickens with four legs behind the walls of megafarms. After all, this would feed more people at reduced retail prices and maximise their production capabilities to reduce environmental impact. It’s a win-win.

“Are there downsides?” the Princess was asked. “Yes, we’ve seen with some breeds of cattle sometimes there really are downsides,” she replied, not elaborating. Had she done so it would have put you off your burger.

It isn’t the first time the Princess has contributed to the GM debate. In 2014, she said GM food would play its part in the “serious business of feeding people”. She was also asked how often she talked to Prince Charles about it. “Seldom,” she replied.

Just as well. Prince Charles is famously passionate about natural farming methods (he is Royal Patron of the Soil Association) and feels rather differently to Princess Anne. He previously said GM crops are grown from the “seeds of disaster” and adoption of GM “will be guaranteed to cause the biggest disaster environmentally of all time”.

His take on GM is more hyperbolic than hers, but plenty of people share his concerns. And fears are growing in the UK now farming minister George Eustice says the government is considering giving GM the thumbs-up now it’s leaving the EU, and that its “general view remains that policy and regulation in this area should be science-based and proportionate”.

Good luck with that. The science is hugely divided and the GM debate is hugely disproportionate. Just look at the fact that GM food is both something that can transform the fortunes of villages in the developing world, and also the focus of a current Daily Mail campaign called ‘Frankenstein Food Watch’. Finding common ground then making progress will be difficult.

It’s such a rabble that you may as well take it to Jeremy Kyle and see what happens. Maybe the whole Royal family should go on? Am I alone in wondering what Prince Andrew thinks? What about Prince Philip? Would Kate Middleton barbecue a 2,000lb pig? Would Prince Harry chip in on both sides just to wind everyone up? And wouldn’t it be amazing if a lie detector test was available for GM food? It would make things a whole lot simpler if there were.