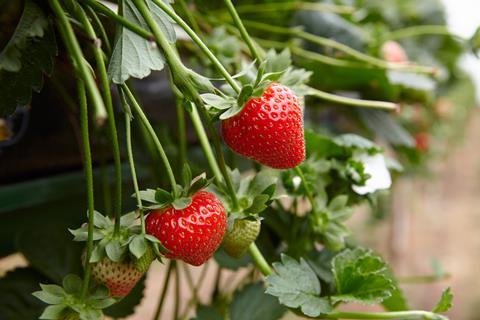 The supplier said the move would prevent more than 204 tonnes of plastic – equivalent to 8.2 million water bottles – per year from polluting the sea

Major berry and stone fruit supplier Berry Gardens has announced it will boost the recycled content of its own-label punnets across the mults from this summer.

The grower-owned co-operative’s new rPET packaging will contain up to 80% recycled content and a minimum of 30% Prevented Ocean Plastic – plastic that has been collected from beaches and coastlines that would otherwise have gone into the sea.

By using the Prevented Ocean Plastic, the supplier said it would prevent more than 204 tonnes of plastic – equivalent to 8.2 million water bottles – per year from polluting the sea.

“As an industry which has historically relied on virgin plastic, we are proud to announce that the majority of punnets used by our growers for major UK supermarkets will now include plastic which would have otherwise ended up in the ocean,” said Berry Gardens CEO Nick Allen.

“As a co-operative, we are in a unique position to be able to work and support our grower members in developing more sustainable and environmentally better practices. We are striving to work with them to continue to produce and bring to market the very best quality and tasting fresh berries with as little impact on the environment as possible.”

With mixed results at best does Plastics Pact itself need repackaging?

The packaging was developed by Sharpak Aylesham – a subsidiary of major packaging manufacturer Groupe Guillin, which has an exclusive partnership agreement with Prevented Ocean Plastic.

The news follows an announcement by Berry Gardens earlier this month that it has also revamped the lidding film it uses on its packs.

Now containing more than 30% post-consumer recyclate – material made from recycled packaging – the film would be sealed to the tray to offer full recyclability and would add peelable functionality to allow for better storage by consumers, the supplier said.

Berry Gardens added that its new lids would lower its carbon impact and remove around 53,000 tonnes of virgin plastic from its supply chain.

It comes as the co-op’s HQ in Kent was last week formally approved as a UK border control post by the government.

From 1 January 2022 – the first day of new post-Brexit border checks – all of the supplier’s imported produce will be able to come directly to its Maidstone facility to be formally cleared to enter the UK.

This would remove the need for the goods to go to a third-party site to clear customs and plant health checks, Berry Gardens said, and would also be open to other fresh produce importers.