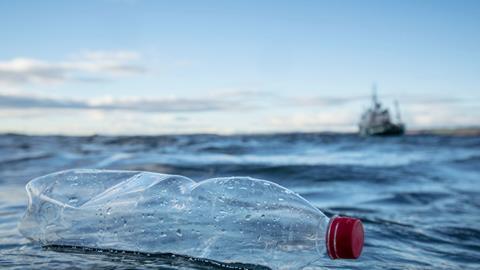 With mixed results at best does Plastics Pact itself need repackaging?

The UK Plastics Pact was launched in 2018 to create a circular economy for plastics. Two years on, results are proving a mixed bag

When it launched at the height of Blue Planet II fever in 2018, the UK Plastics Pact billed itself proudly as a “trailblazing, collaborative initiative” that would create a circular economy for plastics.

Since then the flagship strategy overseen by Wrap has signed up 120 businesses, including most of the UK’s top food retailers and suppliers, a plethora of packaging bodies and trade groups.

Yet the latest results, released in its second annual report this week, show the industry’s progress has been “mixed” at best.

Wrap admits it is struggling to come up with a reporting process that accurately reflects the most recent moves on plastic. This week’s report, for instance, almost completely overlooks the impact of the coronavirus crisis, despite evidence to suggest the pandemic may have seen progress on plastic go into reverse.

So, why is the Plastics Pact stalling, and does the programme itself need to be re-packaged to be more effective?

The report reveals between 2018-2019 the Pact’s members reduced the number of plastic items sold deemed as problematic or unnecessary by 40%. Even though that still left 16,000 tonnes on the market, Wrap says members are on course to eliminate six out of eight items classified as problematic by the end of 2020.

Yet the end of 2020 was the Pact’s original target date for those products to be eliminated altogether, a goal that will now be missed.

Wrap admits companies have struggled with the huge cost of replacing polystyrene products, commonly used on packaging for multipack yoghurts and white goods. Tonnage of such materials remained static, according to the figures, despite overhauls by the likes of Danone, M&S and Sainsbury’s.

The overall picture is even worse when it comes to another key target – the proportion of recyclable packaging placed on the market has remained virtually static, at 64% compared with 63% a year earlier.

Such slow progress would be worrying in itself, but what is perhaps more concerning is the fact the figures themselves are so out of date, with the report only covering 2019.

“We totally get the fact this is behind where we would like to be,” says Wrap head of engagement on plastic Helen Bird. “I think this year it’s been no mean feat to get companies to report, considering the impact of the pandemic.”

Bird also admits had this week’s report included data from the pandemic, the picture of progress on plastic reduction would almost certainly be worse.

A recent report by Valpak reveals the plastic use figure for grocery, unlike other sectors which saw reduction, increased nearly 5% in the first half of the year. Major spikes in large pack sizes in lockdown, suspension of charges for plastic bags in stores and for online deliveries and a customer shift away from loose fruit & veg all served to put the brakes on plastic reduction, says Bird.

Wrap also admits it has no actual firm indication of exactly how badly the Plastics Pact aims have been set back, because the data is owned by retailers.

“Now that the vaccine has started to roll out we want to look forward rather than looking back,” says Bird.

With Valpak’s report suggesting the amount of plastic in grocery will remain static for at least two years, at more than a million tonnes, that could prove wishful thinking.

That’s not to say suppliers and retailers have abandoned the war on plastic during Covid.

While the data is for 2019, the Plastics Pact report makes reference to 2020 developments such as Asda’s sustainability trial store in Middleton, Leeds, which involved co-operation to remove plastics with more than 20 brands including Unilever, Kellogg’s and Heinz, and 15 huge banks of refill stations. Other retailers, including Morrisons and Waitrose, also piloted such measures.

Meanwhile in September, Tesco claimed to have made a major breakthrough, with a trial of collection points for soft plastics such as films for products including cheese, bread and prepared salads. The material makes around a quarter of all those unrecyclable products and accounted for a massive 311,000 tonnes of plastic in 2019.

Wrap hopes the big stick of government regulation in the wings will spark a further flurry of action by retailers and suppliers, with a £220 per tonne tax on single-use packaging with more than 30% non-recycled plastic due to come into force in 2022.

However, at last week’s FDF convention, Tesco’s head of packaging James Bull – the man behind its soft packaging trial – warned the industry faces major challenges, not least in creating food-safe alternatives to plastic, if the tax is to replicate the impact of the soft drinks levy.

Bull also said many suppliers were deliberately reducing single-use plastic only by just enough to be under the tax threshold.

“A lot of them are unfortunately capping it at 30%. You could question whether that is ambitious enough for some of these producers.”

And he raised “the potential for the tax to be passed on as an inflationary cost that will flow through to the customer”, adding: “We have to be clear on that point, the costs have got to go somewhere.”

Aside from the tax, another of the government’s key weapons has run into trouble. As The Grocer reported last week, the introduction of the so-called bottle deposit return scheme has been postponed by a year, until 2024, because of the impact of Covid, and the huge infrastructure task and cost facing retailers and suppliers to get the system in place.

Wrap is hoping to kickstart more progress in spring 2021 by creating a “blacklist” of plastics retailers and suppliers will be urged to eliminate by 2025.

That will heap more challenges on an industry already finding setting targets is much harder than hitting them – especially with a pandemic on its hands.