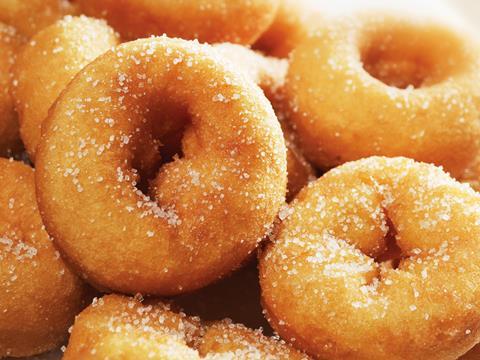 Gluten-free food brand Feel Free has hit its £200,000 crowdfunding target at the 11th hour after offering a bigger stake in the business to get the campaign over the line.

MD and founder Sally Allister launched the pitch on Crowdcube to raise funds to invest in its gluten-free factory in Yorkshire following a contract win with Tesco to list Feel Free’s frozen mini donuts in 250 stores.

Feel Free originally offered 8% of the business for the £200,000 but was forced to increase the amount of equity given away to 12.5% after it looked like the campaign would fall short of its target. Under crowdfunding rules, pitches receive nothing if they fail to hit their targets in full by a set date.

The brand will use the £210,000 pledged by 147 investors to add a production facility dedicated to its gluten and wheat-free donut range at the factory.

Allister said the food producer had been working with Tesco since earlier this year to develop a product based on Feel Free’s award-winning ring donuts.

Marianne Aitken, a frozen buyer at Tesco, said: “Free-from is now a true destination category for frozen in Tesco and we are really excited to be working with Feel Free to launch this exclusive, first-to-market product.”

Feel Free currently has more than 40 different sweet and savoury SKUs in its range which are already stocked in Sainsbury’s, Ocado, Budgens, Nisa and Holland & Barrett. The business also makes own-label products for Asda. Allister, a trained chef and diagnosed coeliac, added she was speaking with other retailers about listings.

Feel Free has already raised £162,000 from a previous campaign on Crowdcube, giving away 22% of the company, as well as securing £51,000 from shareholders in March to help buy the manufacturing facility in Yorkshire.

“We launched our Feel Free brand to give gluten-free consumers just like me the choice and variety of foods that they’re entitled to,” Allister said. “We’re proud of our products and feel that they are good enough to be served up on the plates of the whole family and not just to those who avoid wheat and gluten in their diets.”