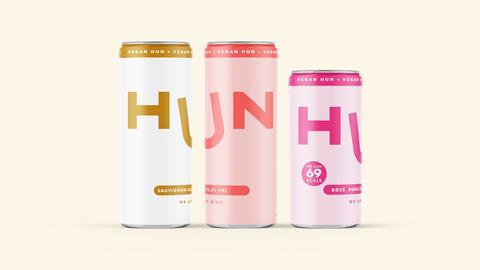 The business, backed by Waitrose CEO James Bailey, plans to use the money to increase UK distribution, expand overseas and develop new products

Canned wine start-up Hun has smashed its £400,000 crowdfunding target within 72 hours of launching the campaign.

The business, which is backed by Waitrose CEO James Bailey, plans to overfund to £600,000 after raising more than £450,000 from 140 investors following the pitch going live on the Seedrs platform.

Hun plans to use the money to increase distribution across the UK, expand overseas and develop a red wine and a non-alcoholic variant.

Since founder Mark Woollard launched the business less than a year ago, Hun has secured a national listing with Tesco and became the first canned wine to be invited into the Amazon Vendor programme.

Its board of directors includes a number of food and drink industry big hitters, including Waitrose CEO James Bailey and Andy Shaw, a former CEO of BrewDog and MD of Red Bull UK, as well as former Red Bull Racing F1 CMO Dominik Mitsch and CCO of Banijay Group Owain Walbyoff. Former Formula 1 driver David Coulthard is also an investor in the business.

“There is huge excitement from investors not only in the Hun brand, but also the wider canned wine market, which is set to grow exponentially thanks to its convenience and eco-credentials that really resonate with millennial wine drinkers.”

Hun is giving away a 13% equity stake in the Seedrs campaign, valuing the business at £4m.

The current range of canned wines is made up of a pale rosé, sauvignon blanc and a low-calorie sparkling rosé. All the wines are vegan, Fairtrade and sourced from the Stellenbosch region in South Africa.