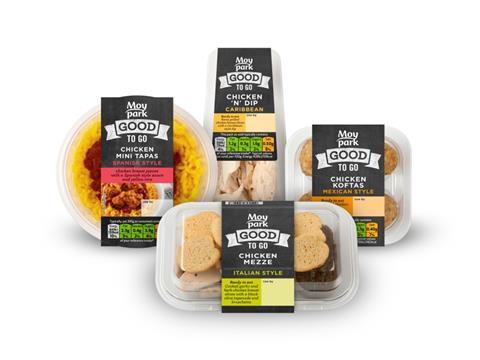 Yesterday’s confirmation from Brazilian Food Group Marfrig that it plans to list Irish poultry arm Moy Park in the UK next year has once more raised hopes a significant food supplier will find its way onto the stock market.

Such hopes concerning United Biscuits were dashed by its takeover by Turkey’s Yildiz when it became clear a private sale would generate more than could be raised on via and IPO.

Moy Park was another name heavily linked with a 2013 float, but there is good reason to believe its delayed IPO will eventually come to fruition despite recent stock market wobbles.

Importantly, and unlike UB’s former private equity owners, Marfrig has suggested it wants to retain control of Moy Park and keep a majority stake in the business post-float. Such a desire makes a partial sale a more complicated transaction than a wholesale trade sale exit, meaning that selling part of Moy Park looks increasingly like an IPO or nothing.

There should certainly be investor demand, given Moy Park’s growth profile.

In the past quarter the European meat producer saw revenues rise by 10% to R$1.34bn (£330m) and volumes rise by 2.9%. Adjusted EBITDA grew by 24% as it benefited from a better sales mix and lower production costs.

Shore Capital’s Phil Carroll expects this growth to continue in the “seasonally stronger” fourth quarter as it benefits from turkey sales in the run up to Christmas.

Carroll adds: “We expect margins to continue to benefit from lower grain costs and further cost efficiency in relation to production and labour costs. We also expect that the business’s ongoing approach to innovation and high levels of customer service should provide it with an ongoing attractive product offering going forward.”

A Moy Park float would also benefit from rarity value, given the dearth of mid-cap food groups listed in the UK – and the recent strong share price performance of contemporaries Cranswick and Greencore also suggest investors are happy to buy into the sector. Additionally, Moy Park issued £200m on the European bond market in June, which is a good indicator that the investment community is supportive of the company’s own business and growth plans.

So the IPO’s success or failiure next year will inevitably come down to valuation.

Firstly, as Marfrig’s brief statement suggested, that relates to market conditions which have scuppered a host of UK IPOs so far this autumn. With concerns growing about the health of the global economy, particularly in the eurozone, a number of potential UK IPOs, including Virgin Money and challenger bank Aldermore, were forced to pull their listings last month.

Despite the international economic uncertainty continuing, there clear suggestions that the October disruption was only temporary. Virgin Money returned to the market to successfully price its IPO last week and earlier this week in a further vote of confidence in the UK’s equity market Reckitt Benckiser announced it will float its pharma arm before Christmas.

So perhaps the key aspect to Moy Park’s IPO prospects will be how much Marfrig will demand for the asset it bought for £400m in 2008.

Marfrig itself currently has an enterprise value of 6.1 times forecast EBITDA, but Shore Capitals’ Carroll believes Moy Park should be able to top this multiple.

“It would appear that management would be looking for a valuation for Moy Park in excess of the group EV/EBITDA ratio of 6x. Our analysis suggests this should be achievable,” he said.

We will find out next year whether this sort of valuation tempts Moy Park’s Brazilian parent to push the button on a partial float or to sit tight again until a higher price becomes achievable.