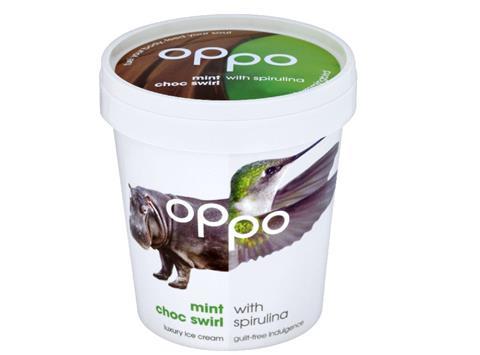 The healthy ice cream start-up raised the sum for 23.1% of its equity from 197 individual investors via online crowdfunding site Seedrs.

Oppo, which boasts Gü Puds MD Mark Escolme as a non-executive director, said it rejected an offer from a venture capitalist firm to go down the crowdfunding route.

The campaign initially hoped to raise £100k, but went into overfunding by releasing further equity to satisfy investor demand. The fundraising values the company at close to £1.3m and became the most funded campaign Seedrs has yet hosted.

Charlie Thuillier, MD of Oppo said: “Creating Oppo took 25 months of research, three different factories, two specialized food research centres, and four grants from Santander, York University and the British government before we finally had a delicious healthy ice cream. Surpassing our initial target and raising over £300,000 is an incredible milestone in the Oppo journey.”

Launched in October 2014 by brothers Charlie and Harry Thuillier, the brand is already available in 117 Waitrose stores and on Ocado. The firm plans to use the new investment to satisfy order fulfillment, grow its team and increase brand awareness.

Richard McGinn, Waitrose ice cream buyer added: “Charlie and Harry’s enthusiasm and attention to detail impressed me from their very first pitch. They know their business inside out which is what you need to be a successful brand. Oppo offers our shoppers a point of difference in the frozen aisle. The range is lower in calories than other dairy ice creams, yet still tastes like an indulgent treat.”