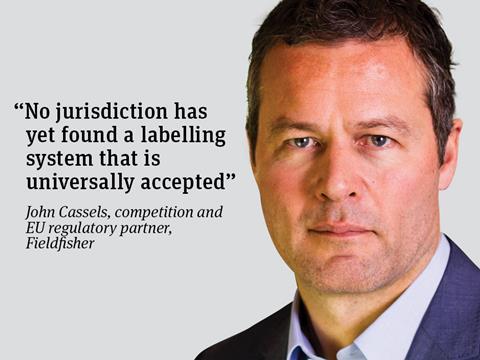 The Food & Drug Administration (FDA) is the oldest comprehensive consumer protection agency in the US federal government, with its origins tracing back to 1848. It takes responsibility for ensuring that foods - other than meat, livestock, poultry and some egg products (which are regulated by the Department of Agriculture) – are safe, wholesome, sanitary and properly labelled. In a country with obesity problems that are well documented, one might think that the FDA would have adopted a hard line approach several years ago to tackling an endemic issue that is, let’s face it, not confined to the US.

For those in the industry it’s clear that that’s not been the case, but the agency has just announced numerous changes to nutritional labelling regulations, in what it says is a move made “to help people make informed decisions about the foods they eat and feed their families”, with a particular focus on reducing obesity and heart disease.

The changes are numerous, but many are made to reflect the changes in serving sizes so that they more realistically reflect the amounts of food that individuals eat. For example, while previously a 1 pint carton of ice cream was considered to be four servings, it’s now three. Equally, the type size of information has increased, making it harder for consumers to ignore the number of calories in a product.

And there have also been changes to the daily values - i.e. what is a recommended daily intake – meaning manufacturers will need to update the percentages on the labels. Some ingredients, such as vitamin D and potassium – must also include the grams included, while manufacturers must also declare the percentage of added sugars that are included in a product.

All food products need to meet these guidelines – whether US-manufactured or imported from elsewhere – and labelling information must be in English or in Spanish if the product is to be sold in Puerto Rico.

Food issues and governance of the food industry has caused a lot of debate over the years and these changes are certain to be no different. Many will argue that they are nowhere near enough, but one thing that seems clearer and clearer is this: no jurisdiction has yet found a labelling system that is universally accepted. Whether it’s the FDA’s changes or the ‘traffic light’ system – each has its critics.

While this is worrying, it’s perhaps unsurprising. As I write, the National Obesity Forum (NOF) has just added fuel to the fire that is the constantly-ongoing debate around healthy living. New ‘superdiets’ seem to be revealed on an almost weekly basis, but in a report published this week, the NOF is accusing public health organisations of colluding with the food industry, promoting ‘healthy’ living that is actually the opposite.

The charity argues that the constant pressure on people to follow low-fat diets and lower cholesterol is having completely the contrary effect – making them fatter and having a negative impact on their overall health.

With such high intensity debate around what exactly we should be eating, it’s of little surprise that governments around the world are struggling to find favour with how they insist products are labelled. One of the key points of the NOF report is that calories aren’t for counting – which you’d struggle to believe given the insistence by the FDA that the number of calories in products should be labelled more clearly.

Companies need to be in compliance with the new labelling requirements by 26 July 2018, or by a year later for those manufacturers with annual food sales of under $10m. Will the debate have stagnated by then? Fat chance.