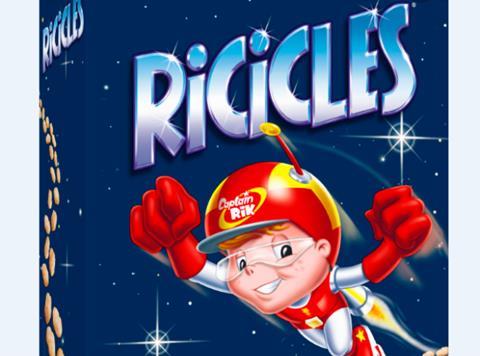 Kellogg UK is to axe Ricicles after 62 years as part of a major health-focused move that will see drastic cuts in the sugar levels of Coco Pops and Rice Krispies.

The breakfast giant today (30 November) announced its Better Starts Plan to overhaul its child-friendly portfolio and “help the people of Britain make healthier choices”. Five years in the planning, the initiative was Kellogg’s “biggest change for a decade” said the company’s new MD Oli Morton.

It will begin in January when Kellogg’s ends production of Ricicles, the sugar-coated rice puffs launched in 1955. Delisting the cereal had been a “tough decision” Morton told The Grocer. “We’re going to have some upset consumers, but it shows our seriousness.”

The reformulations had been made possible through “a secret recipe” said Morton. A balance of mutigrains and cocoa reduced the need for sugar without affecting taste or requiring artificial sweeteners.

While Kellogg’s recipe changes were focused on “products that resonate with kids”, Frosties wouldn’t be affected because “this cereal now tends to be eaten more by adults than children”. As a result, it will no longer feature on-pack promotions.

As a further part of the Better Starts Plan, January will see the launch of WK Kellogg, a vegan-friendly cereal range featuring organic and no-added-sugar options.

Kellogg’s had “a long tradition of helping improve the nation’s diet – from pioneering high fibre foods in the early 1900s to adding folic acid to our products in the 1970s; from launching a long-term salt reduction plan in the late 1990s, to adding vitamin D to all our kids cereals in 2000s,” said Morton.