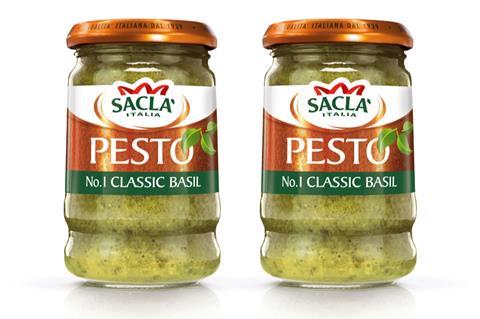 Public Health England (PHE) is set to call on suppliers to step up action to take salt out of products, amid claims from health campaigners that it has become the “forgotten killer” as the debate has focused on sugar.

The Grocer has learnt the Department of Health body is planning to launch a consultation with companies to find out why many have struggled to hit 2017 targets, whilst some have taken no action at all.

PHE has been criticised by Consensus for Action on Salt and Health (CASH) for taking its eye off the ball, with the UK having previously been a world leader in its salt reformulation programme.

The last set of targets were set, across a large range of different product types, by former public health minister Anna Soubry in 2014 under the now defunct Responsibility Deal and are due to be met at the end of this year.

But despite being re-published by PHE in March, sources widely expect many suppliers to fail to meet the targets.

“The industry knows they are expected to meet the 2017 salt targets and we will use data to report transparently and publicly on their progress next year.”

This week CASH highlighted pesto, which it said was just one product category where many SKUs failed to hit the 2017 targets. Sacla’s No 1 Classic Basil Pesto contains 3.3g of salt per 100g, well over twice the 1.38g of salt per 100g recommended by the targets.

In contrast supermarket own labels for Tesco, Aldi and Sainsbury’s were among those coming well under the target.

CASH chairman Professor Graham MacGregor told The Grocer: “Our research across different products shows that while many of the retailers are hitting these 2017 targets, there are many suppliers that are not. The reason is PHE is weak and it is not properly resourced.”

A spokeswoman for PHE vehemently denied a lack of resources was to blame but admitted it was looking into why a raft of products had not seen enough progress.

PHE said it would be using Kantar sales data to assess which categories the 2017 salt targets are being met and where there had been “no action”. “Due to the high number of food product categories that fall under the salt reduction programme, this work will continue throughout the first half of 2018,” said the spokeswoman. “PHE is also considering seeking industry confirmation of companies who have met the salt targets and for which product categories and those that remain to be met as part of this analysis.”

However, PHE’s recommendation on further steps necessary is unlikely to happen until at least March 2018.

“The industry knows they are expected to meet the 2017 salt targets and we will use data to report transparently and publicly on their progress next year.”

A spokeswoman for the FDF said: We are proud that on average FDF members have reduced the salt in their products by 8% under the government’s Responsibility Deal. This builds on previous voluntary action by companies which helped to reduce adult intakes of salt by 11% between 2005/6 and 2014. Far from sitting back, food producers have continued to invest heavily to adapt the recipes of some of Britain’s biggest and best-loved brands to voluntarily reduce levels of salt in their products, without compromising on taste, quality or safety.”

She added: “One of the reasons for differing levels of salt found in pesto sauces can be attributed to the varying levels of parmesan or other hard cheeses used, which are often a primary ingredient and also a key source of salt. Parmesan is a “protected destination of origin” (PDO) which limits the potential for reformulation.”