The ‘guilt lane’ ban idea is back: it won’t bother retailers 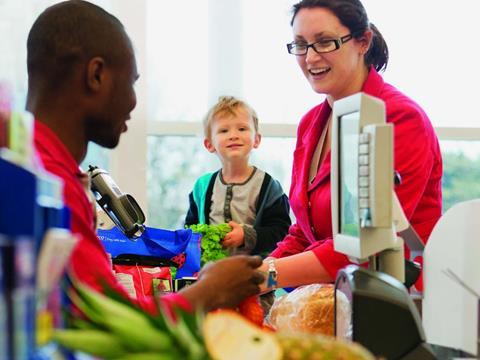 A move on guilt lanes, which have already been banned by many retailers, including Tesco, would only go so far to satisfy campaigners.

Sometimes retailers don’t do themselves any favours when it comes to cries for a draconian clampdown on ‘junk food’ promotions.

Take Tesco, for example. Six months ago it launched its five-year Little Helps to Heathier Living strategy. This weekend, shoppers who walked into some of its stores were greeted to ‘little helps’ in the form of a ginormous wall of half-price Pringles.

Admittedly there was a tower of Diet Coke beside it for shoppers to wash them all down with, but I’m not exactly sure that’s what Tesco and its three charity partners – Diabetes UK, the British Heart Foundation and Cancer Research UK – had in mind when they launched their war on obesity.

This is just one example, or course, of the dilemma facing supermarkets. On the one hand they want to be seen to be do the right thing to tackle the obesity crisis, but on the other they realise it would be commercial suicide to start choice-editing what they offer customers, or not to seize on the chance of a stack of sales when everyone is partying in the sun.

So is the government about to play the party pooper and start doing it for them?

At the weekend there was more of the slow drip-feed of information being leaked to the national media ahead of the long-awaited Obesity Plan Mark 2, which we have been long been led to believe will include a clampdown on HFSS promotions when it eventually sees the light of day.

This time a story in the Daily Telegraph suggests the government will return to the old territory of a ban on so-called ‘guilt lanes’, which it tried and failed to get voluntarily, despite repeated efforts under the now-defunct Responsibility Deal.

The paper cited a government report as saying: “Where food is placed in shops and how it is promoted can influence the way we shop and it is more common for HFSS (high in fat sugar and salt) products to be placed in the most prominent places in store as well as sold on promotion, eg with ‘buy one get one free’ offers.”

A move on guilt lanes, which have already been banned by many retailers, including Tesco, would only go so far to satisfy campaigners. The government could look to target aisle ends and retailer meal deals. Currently in some stores – WH Smith is one glaring example – shoppers are forced to buy unhealthy snacks if they are to get their money off.

But is the renewed focus on guilt lanes a sign that ministers may yet back away from pressing the nuclear button on promotions across every part of the store?

Supermarket leaders have said they would never sign up to collective action in this area and The Grocer revealed last month that supplier leaders are vowing to fight tooth and nail in the courts should ministers press ahead with regulation. This could delay any intervention for years or see it thrown out altogether as anti-competitive.

A ban on guilt lanes, when most sensible retailers have banned them already, would not be too bitter a pill for the industry to swallow in comparison. Whether it really tackles the problem is another matter.

Sadly, that is the minefield when it comes to regulation on what is ‘junk food’. On this issue, once you pop, where do you stop?