Why we should resist the diet diktats of the nanny state 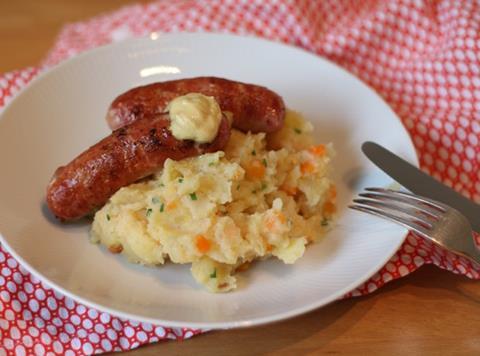 As families sit down around the Christmas table you can bet that at least one among them will be avoiding something: gluten, dairy, meat, nuts, shellfish. Ask chefs. Nowadays they need an A4 pad to note down answers to the question: “Does anyone in your party have special dietary requirements?”

In a UK that becomes nuttier, more neurotic, or, depending on how you see it, rightfully concerned about what it eats, I was delighted to come across the press coverage of Arthur Grisbrook, the super-fit Buckinghamshire centenarian and World War II veteran who looks more like a spritely 80. “I eat and drink what I fancy and don’t worry about what the so-called experts say”, he explains. Good man.

Arthur cooks for himself and believes in moderation, which for him means a diet of mixed grills (fried gammon, egg, chips, peas, mushrooms, grilled tomatoes, sausage), fish & chips, and sausage & mash, washed down by two glasses of red wine nightly. Rich in saturated fat, and with not an avocado in sight, his life represents a splendid two-fingered salute to the UK’s dietetic establishment, whose fatuous decrees he flouts with élan.

More from Joanna Blythman: Veganism was behind the ‘meat tax’ hype – so what happened to critical thinking?

In the past I have argued that states should take an active role in shaping their citizens’ diets. But these days, seeing what a mess governments have made of nutrition advice – the Brazilian government is the only notable exception – I now find myself strangely attracted to various guerrilla encampments, which for assorted reasons, wage war on the ’nanny state’.

Once such resistance front is emerging in Canada, where a number of health professionals have taken government department Health Canada to task for advocating a momentous population-wide switch to a plant-based diet. These dissenting medics argue that Canadians should be encouraged to keep nutritious, whole food animal-based products such as meat and cardio-protective full-fat dairy in their diet if they choose, because animal products have always been the cornerstone of a healthy diet for humans. “To our knowledge, there is no record of a population eating a ’plant-based diet’ in the history of human evolution.”

Thank heavens that the Arthurs of this world, and some sensible medics, have the common sense to withstand fickle, fashionable, and potentially fatal diet advice doled out by public bodies. I raise my glass to them.