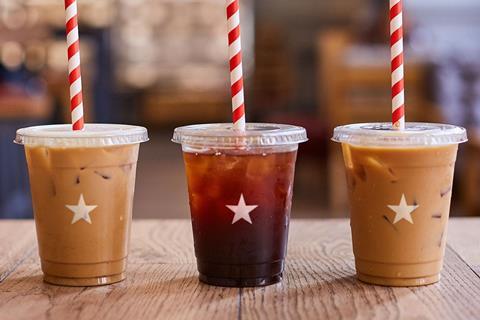 Pret a Manger has extended its delivery service to Just Eat and Uber Eats.

The chain reopened 10 stores earlier this month, offering a range of items for takeaway and delivery via Deliveroo.

The reopened sites are all in London and selected because they are situated close to hospitals. Further sites across the country will reopen in coming months, the company said. Orders for delivery are being taken from 8am to 2pm each day.

A limited menu of Pret’s most popular items as well as a selection of pantry and grocery items such as milk, butter, tea, salad, fresh baguettes and a ‘Produce Box’ comprising fruit, vegetables and herbs, is now available across all three of the major food delivery platforms

“We are delighted to be working with Pret to deliver their incredibly popular dishes. Pret is a workday staple and being able to enjoy your go-to lunch direct to your door is something many will be excited about, especially after working from home for the past few weeks,” said Andrew Kenny, Just Eat UK MD.

Toussaint Wattinne, general manager of Uber Eats in the UK, said he was “delighted” for Uber Eats to be partnering with Pret.

Food courier firms are suffering from the closure of some of the most popular restaurants on their platforms. The lockdown had caused a “significant decline in revenues” for Deliveroo, the Competition & Markets Authority revealed this month. The pandemic “meant that it would fail financially” the CMA said, provisionally clearing Amazon’s investment in Deliveroo.

Over the past few weeks, the likes of KFC, Burger King and Krispy Kreme have reinstated deliveries from a small number of stores. Five Guys, which has kept a handful of London stores open, is to open more sites in coming weeks with a “phased approach”.

“Since lockdown began, our data has shown a shift in the nation’s eating habits. We’re eating earlier, with families coming together for lunch, and we’re craving items that are more difficult to get in supermarkets,” said Kenny.