Bakkavor jobs at risk as supplier plans changes at Lincolnshire base 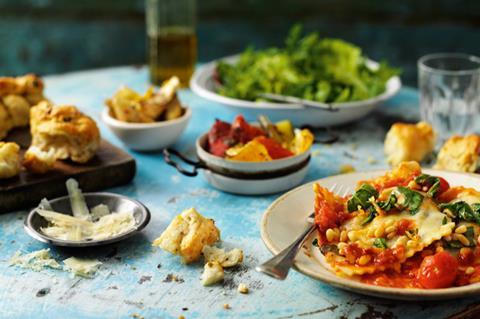 More than 500 jobs are at risk at Bakkavor’s manufacturing base in Spalding, Lincolnshire.

The prepared foods giant has revealed plans for major operational changes at the site, where it operates two salads factories, two meals factories and a distribution centre.

Its salads business had “come under increasing pressure due to the impact of a business loss at the beginning of 2020 and more recently the impact of the Covid-19 pandemic crisis”, said a Bakkavor spokesman.

“As a result, we have had to make some difficult decisions to ensure we can continue to remain sustainable in what remains a particularly difficult trading environment.”

It plans to cease operating one of its factories, Factory 1, and change the night shift patterns within the other, The Deli. “We are also proposing to change how we manage operations across the site, which will involve reviewing and reducing functional support roles.”

Wherever possible, it said, it would ”try to find alternative roles for those impacted across our other Lincolnshire sites or within the group” and has kicked off a consultation period with staff.

Unite regional officer Mick Orpin called the news “a bitter pill for the workers and their families, as well as for the wider Lincolnshire economy”.

“Our members face a period of deep uncertainty and worry as to how they will put food on the table for their families and pay their bills.”

He said Unite was “not convinced” by Bakkavor’s argument would ”ask to see – and also challenge – the management’s business rationale behind this decision”.

“While some of the workforce have been furloughed and others have continued working, we believe that the company could have made much better use of the government’s job retention scheme, which was put in place precisely to retain as many jobs as possible.”