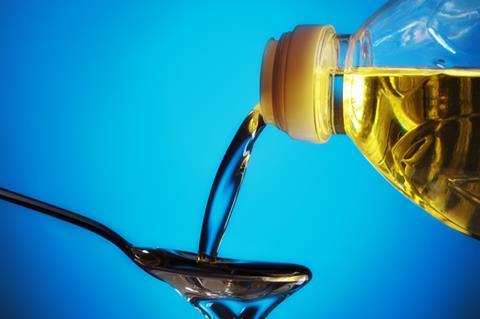 Iceland has become the latest supermarket to ration sunflower oil amid a shortage caused by the war in Ukraine.

Pictures emerged on Twitter over the weekend of signs in an Iceland store telling customers of a limit on purchases of two-litre and five-litre bottles of sunflower oil.

“We have a limited stock of this product,” said the signs, spotted by Grocery Insight CEO Steve Dresser. “Maximum of one per customer.”

On Iceland’s website, two-litre bottles of Flora sunflower oil are out of stock, leaving a 190ml bottle of Frylight cooking spray as the only sunflower oil option.

Buying limits on Oils, Iceland at 1 per customer. pic.twitter.com/aGZlSQi7lP

It follows Waitrose and Morrisons also introducing a limit on cooking oils, of two items per customer.

Iceland’s 2018 removal of palm oil from own label, a step it took over deforestation concerns, had made it heavily reliant on sunflower oil, which had soared in price by 1,000% during the war in Ukraine, Walker said in a blog.

With the vast majority of the UK’s sunflower oil sourced from Ukraine and Russia, stocks are drying up rapidly. Industry sources have predicted they could run out in a matter of weeks.

Iceland did not provide a comment on the rationing move.