Italian olive oil price up 30% in a month 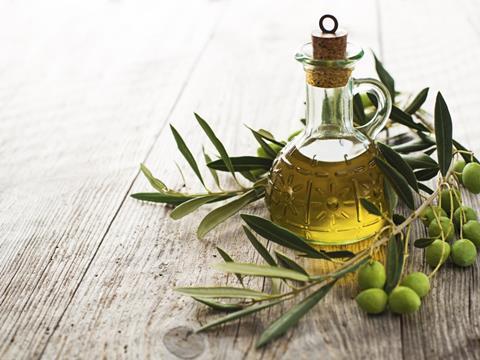 A leading olive oil supplier has described 2014 as “the most difficult year I have ever seen” - and the situation isn’t getting better.

Prices of extra virgin Italian and Spanish oil have been rising throughout 2014, and this became a 30% month-on-month surge in the case of Italian oil in recent weeks [Mintec]. Spain is the largest producer and Italy is the largest exporter.

The key problem has been above-average dry and warm weather throughout the Mediterranean olive growing belt in May and June. This hit the olive trees during the blooming period when moisture is vital to ensure olive growth and the eventual oil yield.

The problem was compounded in Spain as trees were already under stress as a result of record output seen in 2013/14. And in Italy, trees are suffering from an olive fruit fly that lays its eggs in the olive and feeds on the fruit - this month’s spike has been driven by the start of the harvest and realisation of how severe the infestation is.

“Poor crops in Italy and Spain combined with the virtual absence of carryover stock in the Mediterranean make this the most difficult year I have ever seen for olive oil,” says Filippo Berio MD Walter Zanre.

There has been some resistance to the hikes by buyers, says Mintec analyst Loraine Hudson. “Producers are refraining from buying at present,” she added. “A drop in demand could cause prices to fall, however it is expected they will remain high due to poor crop production and quality.” 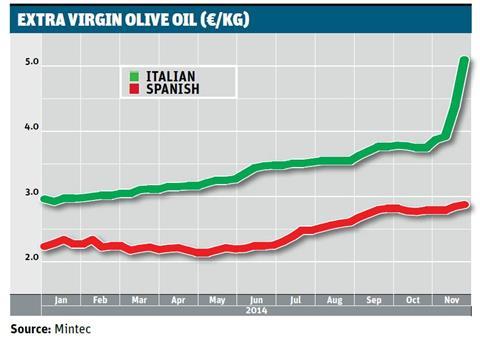