Are Aldi’s lower profits really such a bad thing, PR-wise, in these uncertain times? 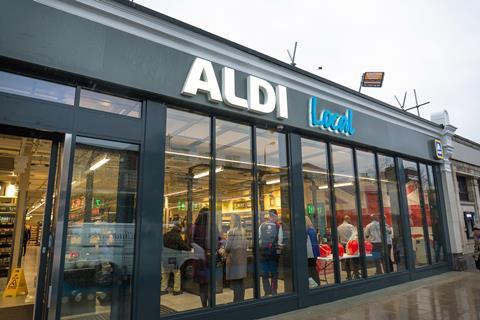 Can the discounters keep growing? Or have they been rumbled? This week’s Kantar results saw Lidl’s share pass 6% for the first time, and with Aldi’s share at over 8%, it’s only a matter of time before it passes Morrisons, whose 9.9% share is now single digits - based on their respective growth plans.

Yet some say the big four supermarkets have them on the run. The Morrisons house broker, anyway, who referred to Aldi’s “struggle to sustain sales and share growth” - while noting that “it would be material and quite negative news for shareholders if its major competitors were reporting such a fall in trading profits”.

True, Aldi’s 2018 results show profits fell a lot, despite sales having almost trebled in that time, and sales growth is nowhere near the heady growth from 2011-2014.

Trouble is, Aldi still has plenty of tiger in the tank. Which big four supermarket wouldn’t kill for 11% growth? And just look at the infrastructure Aldi is putting down: it’s not just the 50-60 shops it’s planning to open every year, it’s the huge RDCs in Sheppey, Sawley and Bedford - all to support its long-term ambitions, most notably in London and the south east, where its share is just 3.4%. It’s investing for the future, with the £84m in extra capex far higher than the £68m decline in profits.

Critics ask: where are the like-for-likes? As CEO Giles Hurley has said, its target is actually to reduce them - opening a sixth store in Edinburgh, a seventh store in Cardiff, an eighth in Wirral and a ninth in Dudley!

And are the lower profits really such a bad thing, PR-wise, in these uncertain times? This week, Asda also posted its 2018 results and its profits were up 13% to £805m. And new research from the OC&C/Grocer Top 150 Index shows that the sterling-based cost price inflation pushed through to consumers by the big four since the EU referendum result has been margin enhancing. Meanwhile, with Aldi also investing in price to maintain its price gap, it’s reinforcing its reputation as the consumer’s champion.