Deposit return schemes should be practical, not political 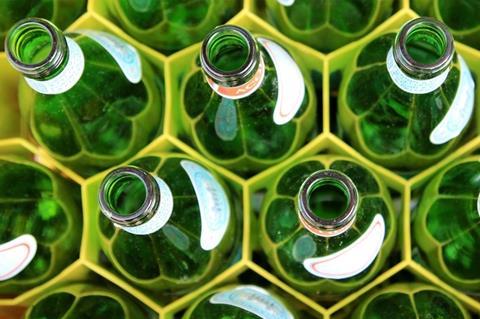 Some or all of these could potentially be taken out of an efficient local authority-delivered supply chain (aka kerbside collection) and instead could clutter up your stores as households (or a new breed of bin divers) reclaim a deposit.

On the one hand it’s a just reward for households that are not only recycling drinks receptacles but have paid the deposit in the first place. But what is this actually achieving?

The aim of deposit return schemes was to address out-of-home consumption, increasing historically low recycling rates, and reducing litter. And that primarily means collecting plastic – of which there is a shortage. Win-win.

Deposit return schemes: is the bottle spinning out of control?

There’s also a decent case for including cans. True, local authorities already do a lucrative trade in recycling cans. But out-of-home consumption of cans is high, recycling rates are low, and litter is again a problem. What’s more, like plastic, they’re light and can be easily compacted.

Recycling glass via DRS schemes makes much less sense. A far higher percentage of glass is efficiently recycled via kerbside collections. And glass is not only a hazard, it’s heavy and bulky, ie not easily compressed.

Maybe small glass bottles could be included to target on-the-go consumption. But accommodating crates of empty wine bottles in shops is both unnecessary and a nightmare to manage. In fact if you were a conspiracist you would be tempted to conclude that Sainsbury’s decision to trial glass collection in DRS plans is part of a plot to send independent convenience stores to the wall – especially as they are also potentially more susceptible to fraudulent claims and cashflow problems.

Deposit return schemes are a great idea, but they should be driven by problem-solving and practicality, not political dogma. Nor should they detract from the urgent need for the industry to work with government and local authorities on other recycling measures – like consistent recycling facilities, clearer recycling labels and a rationalised range of easily recyclable substrates.