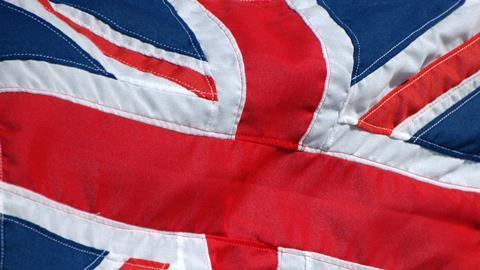 Letters: Is it time for British brands to fly the flag?

The Grocer readers share their responses to our feature ‘Culture war: should British brands fly the union flag on packaging?’

Sir, Here at Mornflake, I felt compelled to respond to George Nott’s thought-provoking feature on whether British brands should feature a Union Jack flag on product packaging and marketing.

The article began by citing a tweet from Easter time referencing our Mornflake Organic Superfast Oats packaging featuring the union flag as seen in Morrison’s – a design originally commissioned almost 10 years ago to celebrate the 2012 Summer Olympics in London.

Since 2011 this packaging has been updated and even adapted to mark specific occasions such as our sponsorship of the Mornflake Garden at the 2016 Chelsea Flower Show. During 2020 we’ve already embarked on migrating all of our customers to our new fully-recyclable paper bag format for this product, which also features a British identity.

Unsurprisingly, after this original tweet landed, our inbox has been flooded with customers kindly lending their support to Mornflake and our British heritage. Local sourcing, environmental priorities, and responsible business practices are at the core of the Mornflake ethos; values we know are shared by most consumers. There is surely no better way to promote these considerations in consumer minds than getting behind ‘brand Britain’.

Sir, I really enjoyed the article re the use of the union flag. It was an informative, nuanced and nicely balanced piece. While I completely get why some brands decided to go down the path of proclaiming provenance, surely there’s more subtle ways of doing it than ostentatiously slapping a flag all over the packaging? Especially one that can be as polarising as our national one.

Can I call out one serial flag-offender/shagger in particular? Namely, Unilever with this nonsensical and completely out of place ‘Proudly British’ slogan, complete with tacky love-heart union flag - on its, er, Radox shower gel & shampoo?! I mean, what IS the point?

Have the ingredients been sourced from some artisanal organic chemist based in the Lincolnshire Wolds? From a secret valley known to only a few in Somerset? Rolled on the thighs of a virgin after being individually plucked from the fabled Kentish shampoo tree?

I bought that Radox for my youngest son without noticing this aberration…now I’m going to have to put up with his teenage whiffs as it’s just been unceremoniously binned.

Sir, Is it time for British brands to fly the flag? Emphatically - no!

Jingoism is the last resort of a scoundrel. You need look no further than Downing Street for the confirmation of that.

Sir, In response to your article ‘Is it time for British brands to fly the flag?’, it’s a resounding yes when it comes to eggs. The British Lion mark appears on more than 6bn eggs every year, providing consumers with the reassurance that they want.

But we agree that it should be about more than just being ‘British’, which is why the Lion is backed by a world-leading food safety standard, ensuring it’s trusted by consumers, and is a cracking success.