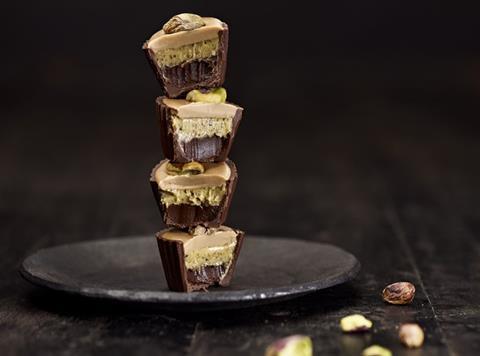 Hotel Chocolat is set to unveil a new app and loyalty scheme next year in a bid to further engage mobile customers.

The app will offer “very different functionality and capabilities” to the site including rewards and easy gifting options, CEO Angus Thirlwell said in an exclusive interview with The Grocer this morning.

The in-built loyalty function will be a “VIP proposition” that gives out rewards, rather than a points-based system. “It will say thanks for being a great customer, here are some pink champagne truffles to pick up in your local store, it will be that kind of language,” Thirlwell revealed.

The loyalty programme comes after Hotel Chocolat trialled a paper-based scheme among 30,000 customers two years ago, which set out to “make sure the data we were acquiring was going to be relevant”.

The app will also seek to make gifting easier by leaving it to the recipient to decide when is the most convenient time for delivery. Customers need only pay through the app and give out the mobile number of the recipient, who will receive a text asking for the best address and time.

Hotel Chocolat has just completed a redesign of its website to make it more mobile and tablet-friendly, which has resulted in 18% uplift in digital sales over the past year.

Thirlwell described the figure as the highlight of preliminaries announced this morning, which revealed a 12% jump in full-year revenues to £105.2m.

“Mobile is the future,” he said. “The fact we were able to improve conversion rates by 30% is just amazing so we’re really pleased with that, and it sets us up very well for the golden quarter coming up.”