Peperami brings back Fanimal character as part of Euro 2016 campaign 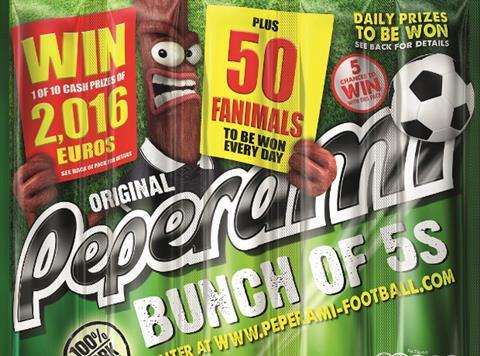 Peperami is celebrating Uefa Euro 2016 with a summer football campaign, which includes the return of the snack brand’s Fanimal character, an on-pack promotion, and a social media campaign with Thesportbible.com.

A cross-platform partnership with online community Thesportbible.com will feature a series of documentary videos telling the story of different football superfans and their preparations for the soccer tournament, which kicks off today.

“The Euros is one of the world’s most watched sporting events and appeals to a very broad audience, but has particular resonance across our target market,” said marketing director Pavan Chandra.

“The Fanimal promotion is always hugely popular, and Peperami is the perfect snack to enjoy when watching the game.”