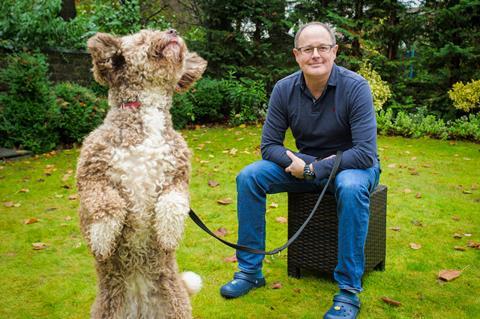 Paws Holdings – which operates Pet-Supermarket.co.uk and PetMeds.co.uk in the UK and Medicanimal.com in Continental Europe – said the purchase was part of its strategy to become the “number one dog and cat wellbeing business”.

The acquisition – the terms of which have not been disclosed – will take the total number of customers across the Paws brands to 500,000 and gives the company a combined pro forma turnover in excess of £55m.

“By bringing Fetch into the Paws family we will become a business of sufficient scale to disrupt a market that is currently dominated by players who are only interested in shifting as much food as profitably as possible, regardless of whether this is the best food for the dog or cat that it is being bought for,” said Graham Coxell, chairman of Paws Holdings. “We think our customers, who see their pets as part of their families, want and deserve more than that.”

Fulfilment of Fetch orders will continue from Ocado’s distributions centres in the medium term, but will soon transfer to Paws’ third-party fulfilment partners.

Over time Paws will rationalise the range available on Fetch away from non-cat and dog products, with the expectation the integrated businesses will carry around 5,500 SKUs.

“Looking at our range together with the dog and cat range of Fetch – it’s very complementary,” Coxell said.

In the longer term, the strategy is for Paws’ UK current brands to come under the Paws.co.uk brand, with Fetch remaining seperate, and the sites to offer 24/7 virtual veterinary consultations and pet insurance. Personalisation is a core strategy for the business, Coxell told The Grocer, the foundations of which have been laid with pet-supermarket.co.uk’s repeat order programme.

“We’re looking very closely at health wearable devices, which can tell us if your pet is drinking enough, whether they’re exercising enough, whether they’re scratching too much. I can get to a point where I alert you in the morning that your dog Bertie has been scratching a lot over the last few weeks, he might have a problem with his ear. Or he’s been drinking more than usual so you might want to think about diabetes,” Coxell explained.

“It’s taking the insight we already have and integrating it with data from other complementary products and services, which will make us the most informed – what we call ‘best friend for life’ – partner,” he added.

Ocado launched the standalone online pet store in 2014, catering for cats and dogs and many other animals. Only cat and dog products – which make up around 90% of its sales – will be carried by Paws in the medium term.

“While today’s announcement marks the end of our involvement with Fetch, we are delighted it is joining the Paws family,” said Ocado Retail CEO Mel Smith. “We believe they will be the best long-term owner of Fetch and are impressed by the scale of ambition at Paws as it seeks to scale its business.”

According to veterinary charity PDSA, as of 2020 26% of UK adult population have a cat and 24% have a dog. And with huge swathes of the workforce confined to their homes, many households have decided now is the opportune time to take on a new pet. The Kennel Club has reported a 180% increase in enquiries from potential dog owners while the RSPCA has seen a 600% increase in visits to its puppy fostering pages.

“Given the last year, it has become more obvious than ever the positive role that our pets play in supporting our wellbeing,” Coxell said. “The UK in particular is known to be a nation of dog and cat lovers, and we know that our customers are looking for a friendly, well-informed online community that will allow them to offer the best nutrition, healthcare and advice they can find.”