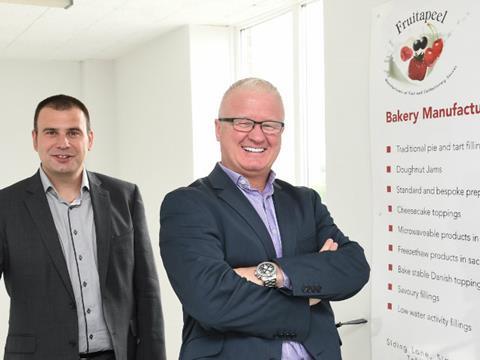 Fruit and confectionery sauce maker Fruitapeel, part of The Grocer Fast 50 in 2016, has undergone a management buyout.

Terry and Deborah Haigh have taken over ownership of the business from existing fellow shareholders Frank and Philip Frederick. Finance director Neil Murgatroyd has also acquired a stake in group as part of the deal.

Established in 2006 by Terry Haigh, Fruitapeel produces fruit and confectionery sauces for the retail and foodservice sectors across the UK, including ice cream brands, farm shops and artisan producers, as well as fruit purees, compotes, coulis, jams and preserves for the cakes and bakery industry.

“It’s an exciting time for everyone involved in Fruitapeel and I’m delighted to be able to continue in my role as managing director and build on the company’s already great reputation to take the company forward,” Terry Haigh said.

Fruitapeel’s 50,000 sq ft Merseyside factory has a manufacturing capacity of 400 tonnes a week. The company has recorded rapid growth in recent years after diversifying into juice, with sales leaping to more than £17m in 2016. It has since spilt the sauces and juice divisions into separate businesses.