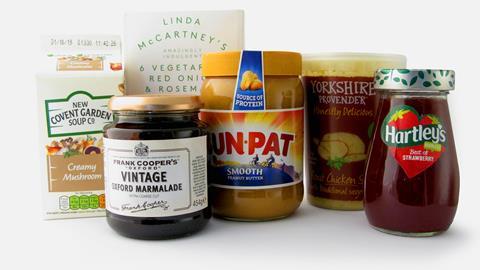 Serious change is on the horizon for Hain Daniels

As Hain Celestial retrenches, UK business is hard to unpick

As US-listed food giant Hain Celestial grapples with soaring debt and investor pressure, another UK asset could be heading for the auction block.

Coming just weeks after the £280m sale of UK rice brand Tilda, a wholesale sell-off of Hain Daniels would fit within the parent group’s new strategy to retrench to the US, while moving out of low-margin business, City sources say.

A “poor and unsuccessful” acquisition programme left Hain Celestial not only riddled with debt but with a mishmash of non-complementary international brands, says a City source. “Hain was always more interested in making the next acquisition than in running exceptionally well the business it had,” he says.

A source close to the company agrees the rationalisation programme underway stems from poor management.

“Not one person has got a handle on it. The management thinks for the next quarter instead of how each decision will pan out down the line.”

Sales have been falling, with the latest annual results to 30 June 2019 showing group revenues down 6.3% to $2.3bn. Activist investor Engaged Capital’s demand for a shake-up saw Irwin Simon step down as CEO in June 2018 and his replacement Mark Schiller, in addition to paying down debt, is focused on high-margin and high-growth business.

Its grocery division - including brands such as Sun-Pat, Hartley’s and Gale’s - is hailed as the only “success story” by an inside source. But as well as it’s being run, that division “will never be a big growth story”, thanks to an ageing core customer, says a City source.

Hain’s chilled & frozen division has had a mixed run. Its top line is stable, with growth at Yorkshire Provender and Linda McCartney’s offsetting falling sales at struggling New Covent Garden Soup Co and Farmhouse Fayre. Hain has “failed to manage those brands”, with the former commoditised and the latter switched to lower-margin own-label work.

As to the juices unit - comprising Johnsons Juice, Orchard House and Robertson’s - it is “not doing well at all”. Since the CMA forced Hain to dispose of its own-label fruit juice business in 2016, it has struggled amid fierce competition, and was earmarked for the chop by Schiller, says a City source. But when it was offered to the market, PAI said it was only interested if it could take the whole division, he adds. The trouble is, a potential valuation of the unit is far from clear. “Hain Daniels has such a varied portfolio PAI would need to do a detailed review, figuring out what is profitable and what isn’t,” a City analyst says.

If a sale to PAI is confirmed, two options have been mooted: the PE giant would look to carve up the company and make “quick returns” by selling on the more profitable businesses. The rest PAI would need to lead “some kind of turnaround”. Alternatively, PAI could combine with Dutch food company Wessanen, which it is in the process of taking private.

Amid speculation and uncertainty one message is clear: “serious change is on the horizon”, says a source close to the business.

Hain Celestial, Hain Daniels and PAI all declined to comment.