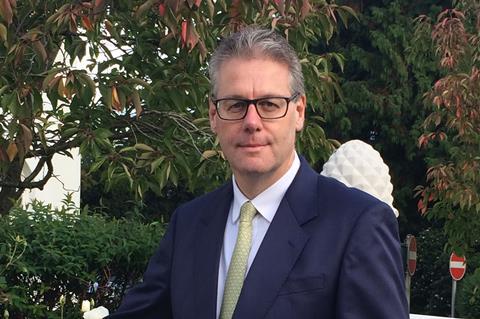 He replaces Tom Kirwan as boss of ABP UK, with the Irishman due to step down from his role next month after 37 years with the business.

Carnell will join ABP on 7 October, ending a 24-year career across the wider Kerry Group.

A graduate of Loughborough University, Carnell was most recently MD of Kerry Foods’ consumer brands business in the UK & Ireland.

He has worked in a range of other senior commercial and general management roles at the Irish food giant, including managing the integration of Noon Products into the business after its acquisition in 2005 and playing a “central role in the successful development of Kerry Foods into a multichannel ­business”, ABP said.

Carnell was also behind the launch of Kerry’s Yollies brand in 2014, which he described in an interview with The Grocer at the time as “the most significant piece of branded NPD I have worked on in my career”.

Welcoming his appointment, ABP Group CEO Frank Stephenson said Carnell boasted “considerable experience in the agri-business and consumer food sectors, which will be of significant benefit to ABP”.

Stephenson also paid tribute to Kirwan’s service to ABP since joining the processor in 1982. He will carry out a handover with his successor before departing the business.

“Tom has been instrumental in growing and developing ABP’s business in the UK, to where it is now well-positioned to deal with the challenges and the opportunities that lie ahead,” Stephenson said.

“On behalf of all our colleagues, I would like to sincerely thank Tom for his outstanding contribution to the business over the past 37 years.”