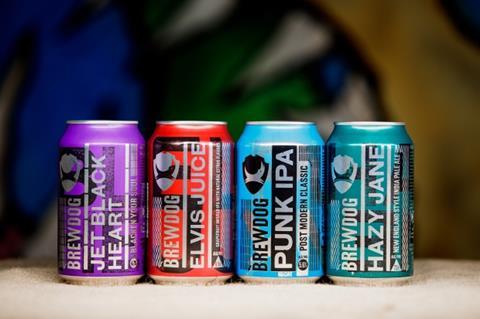 Marshall resigned as a director this month, according to documents filed at Companies House.

Confirming the move, a BrewDog spokesman told The Grocer: “We are delighted that Dominic Neary will be joining BrewDog in the role of chief financial officer. Dom comes with a wealth of experience in international finance and will bring his expertise to drive BrewDog’s record-breaking growth in the UK and globally.”

It comes as the brewer this month unveiled a vast range of new spirits under its BrewDog Distilling brand (headed up by former Diageo Futures MD David Gates), as well as a sixth round of its ‘Equity For Punks’ crowdfunding.