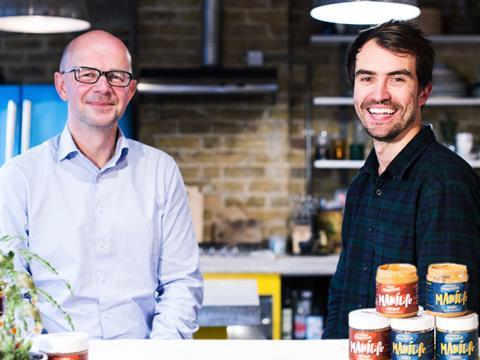 The mystery of Chris Dee’s departure from Booths can finally be cleared up. Following the ex-Booths CEO’s departure from the northern supermarket chain in May, he has been appointed chairman of ManíLife, and has vowed to make the startup peanut butter startup one of a number of small brands that he helps out as a brand incubator.

Dee plans to back ManíLife during its next funding round by buying a significant minority stake in the business.

He told The Grocer this week that ManíLife was the first in a “whole raft” of young brands he planned to get involved with in advisory and investment roles.

“Before I joined Booths I was an entrepreneur and had a chain of wine shops that I sold to Oddbins,” he said. “It is what I thought I would do for the rest of my life, but then I spent 22 years at one business. This is about getting back to the beginning and back to where I came from; I’m naturally more comfortable working with smaller teams and smaller businesses.”

He added: “I want to help young entrepreneurs starting out in the industry and support them to become retail ready.”

As well as investing his own money, Dee plans to introduce the businesses he works with to private equity and other investors when the time is right.

Dee aims to will use his experience and extensive network of retail and foodservice contacts to help the brand win a major nationwide supermarket listing next year.

Dee said he was attracted to the “high quality and premium” brand because of its craft positioning with different roasts of peanut butter rather than just crunchy and smooth varieties.

ManíLife smashed a £100,000 crowdfunding round in April in under 35 minutes, going on to raise £280,000. It has no plans to raise more money in the near future, but Dee would be part of the next funding round, Macdonald confirmed.

“Having Chris on board is unbelievable,” he said. “Having such a knowledgeable mentor, who matches my ambitions for the product and the brand, is invaluable. Together, we’ll take ManíLife to another level.”