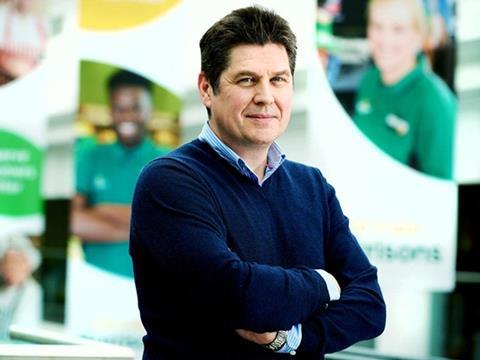 It is understood Blackhurst left Morrisons months ago

Blackhurst will become Coles chief executive liquor, taking over from Cathi Scarce, who has been in the role in an acting capacity for the past 18 months.

The Grocer understands that Blackhurst left Morrisons several months ago. Before his departure he had been deployed in a special projects role, reporting to Morrisons CEO David Potts.

This had followed his replacement as group commercial director in October 2018 by Trevor Strain, who was promoted to group chief finance and commercial officer.

Blackhurst joined Morrisons in 2015 from B&Q, where he had been commercial director. Before that he had spells as Matalan CEO and group trading director at Asda.

He began his grocery career at Tesco, where he spent 18 years and rose to the position of commercial director.

He has been quoted in the Australian press as saying he was delighted to be joining Coles “and I’m planning to come and visit some stores over the next few months before I officially start. I’m really looking forward to working with the Coles liquor team to serve and inspire our customers.”

Coles CEO Steven Cain said: “Liquor has a very important role to play in our strategy and plans for the future, and we are looking forward to the considerable experience that Darren will bring to our liquor business and to the Coles executive leadership team.”

In his Asda days, Blackhurst built up a reputation for his tough negotiating style. However, his time at Morrisons was marked by the introduction of a more collaborative way of dealing with suppliers.