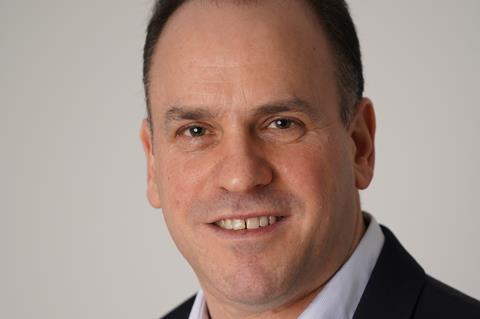 Grant, who previously led Danone Dairy’s UK, Belgium, Netherlands and Ireland business, has taken the helm of the confectionery giant this week.

It marks the first time an external hire has taken on the role of UK GM at Mars Wrigley. He replaces David Manzini, who has taken up the role of president for Russia, Ukraine and CIS at PepsiCo.

Grant said he was “really excited to be joining Mars Wrigley as a purpose and principles-led business that aligns so well with my own values”.

“After almost 90 years of making treats that put a smile on people’s faces, I’m looking forward to leading the UK team to write the next chapter for Mars Wrigley UK in a vibrant and very dynamic category.”

Prior to Danone, he held roles at L’Oréal, where he became UK sales director for Garnier and Maybelline, and at Unilever, where he began his career on the fmcg giant’s management training programme.

It was “clear that, beyond his wealth of experience and drive for results, Adam has a clear sense of purpose, strong personal values rooted in people and an agile mindset”, said Mars Wrigley Europe, Russia, CIS & Turkey president Shaid Shah. “I look forward to getting to know him better as we work together.”