Meurig Raymond to step down as NFU president after four years 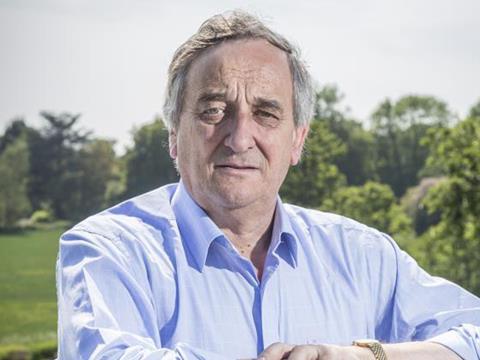 NFU president Meurig Raymond will stand down at the end of his two-year term in February after deciding not to seek re-election.

The Pembrokeshire farmer was first elected to the post of president in 2014, and previously held the post of deputy president during Peter Kendall’s eight-year term in the NFU’s top post between 2006 and 2014.

Raymond, cited ongoing uncertainty over Brexit negotiations as a key driver in his decision to stand down.

“This has been a very difficult decision for me, but it has become increasingly clear that the complex negotiations for the UK to leave the EU will go well beyond the next two years,” he said.

“I had always been clear that I would not want to serve as an officeholder beyond 2020 and so, for the sake of continuity and consistency throughout this critical period for British farming, I believe it is right that I should step back now rather than in 2020.”

During his term, the NFU had successfully moved food and farming up the political agenda, and was now “well-equipped to deal with the task at hand” over Brexit, Raymond said. “We have built effective alliances across and beyond our own industry and the NFU has built up a significant reservoir of cross-party political support.”

Raymond was re-elected in February 2016 after seeing off competition from deputy president Minette Batters and Cumbrian farmer Alistair Mackintosh. If Batters were to succeed him, she would become the union’s first-ever female president. However, she could also potentially face competition from the NFU’s incumbent vice president Guy Smith in any election.

Nominations for the union’s officeholder elections are now open. Hustings will take place in January, with results due at the NFU conference in late February.