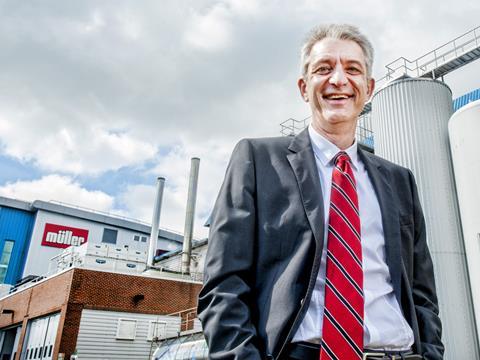 Bergen Merey, the CEO of Müller Yogurt & Desserts, is to step down from the role after five years.

The Turkish-born executive joined Müller in 2015 after 25 years at Procter & Gamble, where he served most recently as VP with responsibility for sales across its Benelux business.

He will leave Müller at the end of the year, with the dairy giant citing family reasons as the cause of his departure.

In his time running the Müller Yogurt & Desserts business, Merey drove “significant and beneficial change” to its results and transformed its capabilities “so that it now also has a major presence in the private label yoghurt and desserts sector”, a Müller Group spokesman said.

He also “step-changed” the company’s marketing, NPD, sales and manufacturing operations capabilities and “strengthened the connection between goodness and indulgence of dairy, health and happiness through a successful partnership and campaigns with British Athletics”, the supplier said.