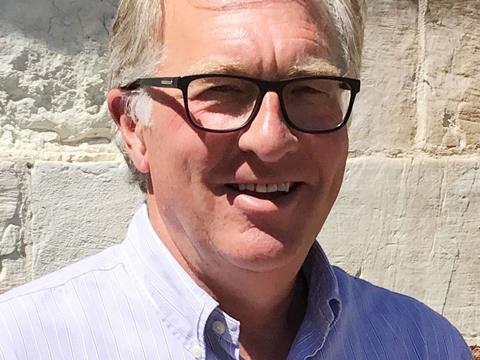 ’Halfway through writing the sales director job spec, it suddenly dawned on me that this was the ideal role’ - Martijn van Buuren

Van Buuren worked at the spirits giant for 20 years before retiring in 2014. However, he will oversee Pinkster’s 10-strong sales team from its Cambridge headquarters, having worked with the business as a strategic consultant since 2016.

Pinkster was “no longer a fledgling business,” said the brand’s MD Stephen Marsh. “We need to be able to compete with the biggest and the best out there, whilst offering our on-trade accounts the slickest sales support we can.

“Who better to help us benefit from this ­colossal opportunity than an industry stalwart of Martijn’s calibre? We’re delighted to have winkled him out of an early retirement.”

Van Buuren said he was “hugely impressed by what Stephen and the team has achieved to date” and that he ­”relishes the opportunity of using my industry insight and contacts to help take the business to the next stage”.

“Halfway through writing the sales director job spec, it suddenly dawned on me that this was the ideal role.”

It comes as the brand claimed sales had doubled year on year, on the back of growing interest in pink gins and NPD entering the market from big players such as Gordon’s.

Pinkster has unveiled a raft of NPD over the past year, including a three-litre bag-in-box format designed to tap festival goers and crack down on glass packaging waste, and Hedgepig, a duo of gin liqueurs.