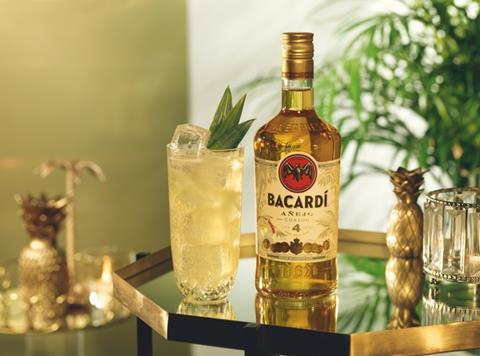 The 40% abv tipple is barrel-aged for four years. It would hit UK shelves next Easter with an eye to “developing an underdeveloped area of rum premiumisation” said Amanda Almond, Bacardi Brown-Forman Brands UK & Ireland MD.

Cuatro was “inspired by Bacardi founder Don Facundo’s original recipe” the brand said. It was “excellent as a sipping rum”, with flavours of “mild vanilla, toasted oak, clove and honey” (rsp: £25).

In tandem with Cuatro’s release, Bacardi planned to refresh the packaging of its eight year-aged premium Ocho variant, Almond added. She did not reveal the marketing plans for Cuatro’s launch.