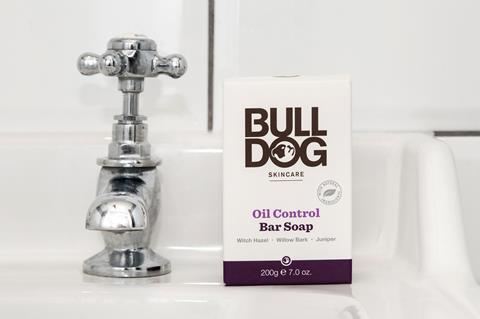 The new soaps contains no animal fats, unlike many other bar soaps

Bulldog Skincare for Men has made its debut in bar soap, rolling out a three-strong premium range to Boots.

The trio (rsp: £5/200g) contains “high amounts of moisturising glycerine” and is free from sulphates, which are common to personal care products and can irritate skin and eyes. It also contains no animal fats, unlike many other bar soaps.

The Original variant is made with aloe vera, camelina oil and green tea, while the fragrance-free Sensitive has willow herb, baobab and oat. Oil Control is made with sustainably sourced charcoal from Dorset.

Available now, the soap lineup is Bulldog’s third major innovation in less than a year. The fast-growing brand made its debut in razors last June with the environmentally friendly Original Bamboo Razor, featuring a water-resistant handle made from bamboo. This was followed in January by a range of shower gel in a fully recycled, large-format plastic bottle.

The latest launch follows a successful 2018 for Bulldog, which is part of Edgewell Personal Care, maker of Wilkinson Sword. Its core skincare products added 17.4% to their value in grocery, to become worth £10m, while its burgeoning shaving preparations grew 28.6% to £569.5k [Nielsen 52 w/e 8 September 2018]. 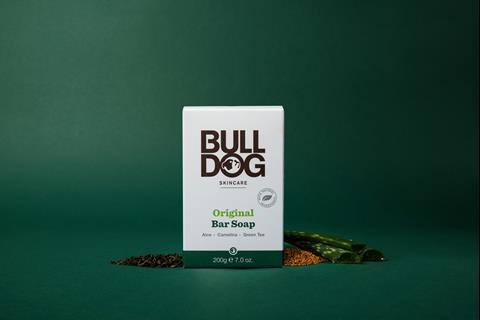 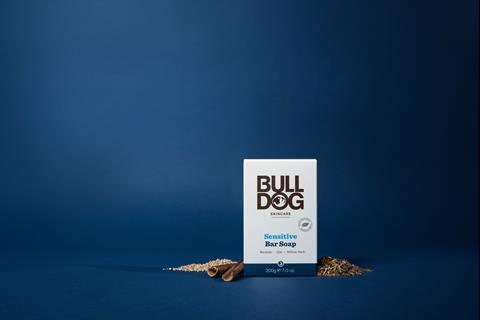 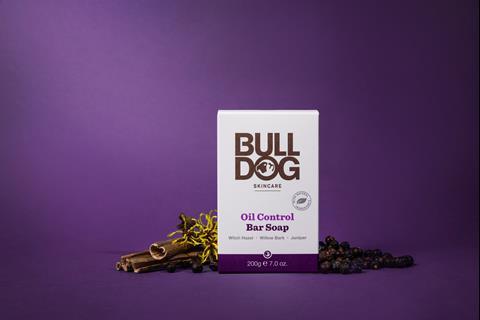 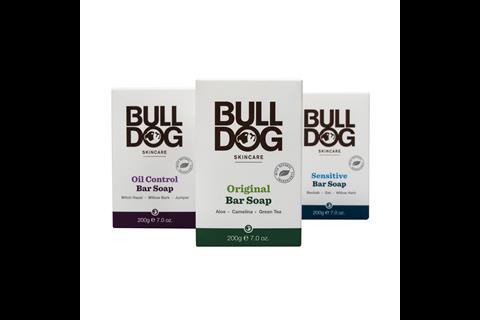