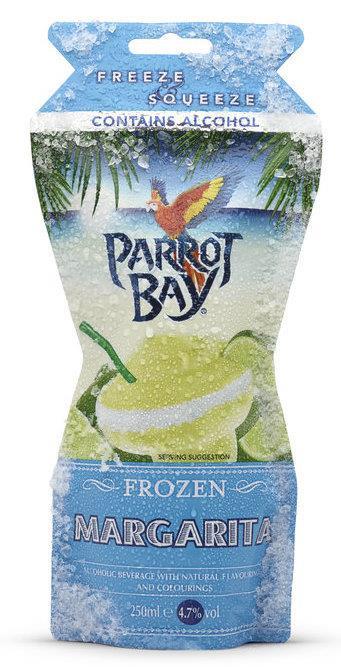 Diageo is adding a Frozen Margarita variety to its Parrot Bay range of ‘Freeze and Squeeze’ cocktail pouches.

The new flavour, which launches on Monday in Asda (introductory price: £2/250ml), joins existing variants Berry Daiquiri, Pina Colada, Mojito and Passion Fruit Caipirinha. Diageo said that according to research by CGA, Margarita was one of the top three cocktails in the on-trade among females aged 18 to 30.

Parrot Bay had been “a key driving force for growth in this area” said Diageo innovation marketing manager Emily Young. “The Margarita is the classic frozen cocktail choice,” she added, “and is therefore an important addition to our ‘Freeze and Squeeze’ offering. We anticipate this flavour to be one of the best sellers of the Parrot Bay frozen range.”