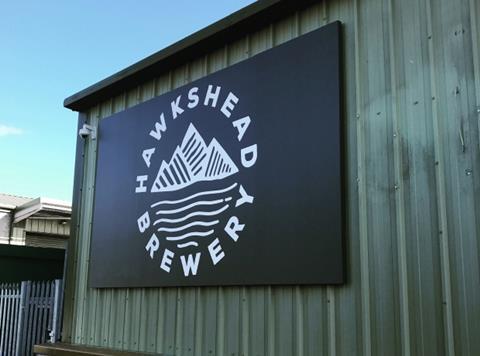 Halewood Wines & Spirits is eyeing a move into distilling for its Lake District-based craft brewery Hawkshead.

The brand, which recently tripled its annual beer production capacity, has applied to register the name Hawkshead Distillery with the IPO.

It was “considering a number of different potential options” said Halewood marketing director James Stocker, including gins and whiskies. “People are increasingly interested in the artisanal story rather than things that are being churned out of a factory.

“Here we’ve already got a well-known brewery. Should we decide to go ahead with distilling then it’s very much something where we’ve had artisans making the beer and we would do the same with distilling.”

Halewood, much of whose recent success is thanks to its posh spirits portfolio (which includes the likes of Whitley Neill and Liverpool Gin), was also looking at increasing spirits production capacity at a number of its sites across the UK, Stocker added.

Halewood took a controlling interest in Hawkshead in 2017 for an undisclosed sum, which financed the building of its new brewery.

It also owns Black Country craft brewer Sadler’s Ales, which it has already taken into spirits with the 2017 launch of a trio of Irish whiskey, rum and gin under its Peaky Blinder range.

Many beer, cider and wine brands, including Echo Falls and Chapel Down, have segued into spirits over recent years, lured by the spirits sector’s higher margins and rapid growth.

Spirits was the fastest-growing category of 2018, as The Grocer’s Top Products report revealed in December, racking up a whopping £329.1m in value growth over the 52 weeks to 8 September 2018 [Nielsen].