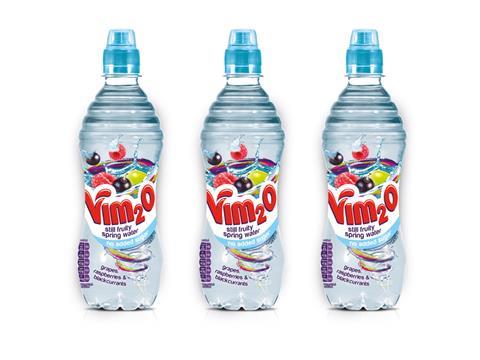 Vimto Soft Drinks is making its first foray into the flavoured water category with Vim2o.

The still spring water drink, flavoured with Vimto, is aimed at health-conscious consumers “who don’t like the taste of plain water”. It will roll out this month in a 500ml bottle (rsp: £1.29), with a ‘lunchbox’ format to follow later in the year (rsp: £2.79/6x250ml).

The launch came in response to a lack of choice in soft drinks’ no-added-sugar segment, said Emma Hunt, head of marketing for Vimto Soft Drinks. It had seen “big growth” but was still “under-serviced”, she added.

“This is due to shoppers converting from traditional soft drinks into bottled water,” said Hunt. “Bringing Vim2o into the category now will continue to fuel that growth.”

The NPD is set to feature in a £1.5m ATL push for the brand’s wider portfolio of soft drinks.