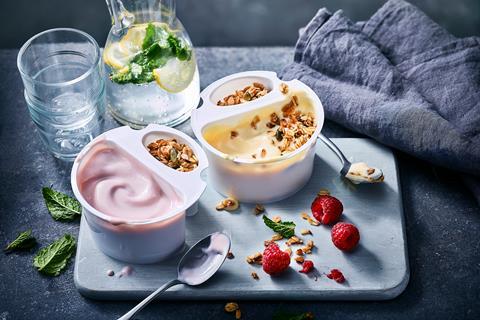 Although Waitrose and M&S are two great food companies, a number of customers will be actively unhappy to be forced to change

Last week, Ocado switched from offering Waitrose own-label to M&S. The results will be fascinating, with much to tell us about how people choose where to shop.

A golden rule of behavioural theory is that humans do not like change. We are very habitual in our behaviour, and naturally gravitate to the familiar. Habituation is driven by the way our neural networks build and solidify. We are physically hard-wired to repeat ourselves.

This applies to how we prepare and eat food. We have a limited repertoire of meals and snacks, which we typically repeat ad nauseam before making occasional changes. Influencing consumers to adopt new products into this repertoire is challenging, but rewarding – once a product finds its way in, it can stay there for years or decades.

Shopping is similar. People tend to use the same stores for the same missions. They shop in the same way, taking the same route, and stopping at the same fixtures. Online even more so. There is a ‘friction cost’ as we learn to shop on a site (filling out the admin, finding our way round, filling our favourites basket). Once that cost has been paid, we are reluctant to repeat the hassle somewhere else. This is why it is so important for brands to ‘win early’ as shoppers adopt online grocery. They want to become a part of the shopper’s online habits as they form, rather than trying to break in later.

So people are averse to change in how they eat and shop. But Ocado is forcing a change on its customers. Waitrose and M&S are two great food companies, albeit with different strengths. So it’s unlikely many Ocado customers will be outraged by what is happening – some may even be OK about it. But there will be a number who are actively unhappy about being forced to change. Ocado will be hoping that even amongst that group, the pain of losing Waitrose products is judged to be less than the pain of changing online grocer. Will that prove to be the case? We’re about to see.

We tend to think of this as a battle with two players – Waitrose and M&S-Ocado. But it may not be a zero-sum game. There are more than two options for shoppers. The person who leaves their spouse to hook up with their lover sometimes ends up with someone else entirely. It would be fascinating to know how much effort Sainsbury’s and Tesco are putting into courting Ocado shoppers at this time.

It’s going to be hard to understand the full effects for a while. Alongside the operational and marketing battle, we can expect a PR war from both sides of the fence. So I hope someone is taking notes for the case study, as it will tell us a lot about the importance of food preferences versus shopping habits.