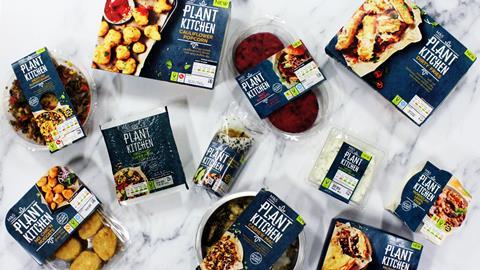 Marks & Spencer kicked off Veganuary by launching a 60-strong vegan own-brand range called Plant Kitchen. The range comprises a number of fresh meals, salads, snacks and ingredients including vegan coleslaws and potato salad – which it claims are high street firsts.

To offer deeper insight into the range, we’ve selected 13 of the new products to highlight what they are, what they’re competing against and what they tell us about Marks & Spencer’s wider own-brand strategy. This time, expert analysis is from Plant Based to Business co-founder Jennifer Pardoe.

This showcase is part of a new series of articles examining key trends and developments in own-label and has been introduced to support The Grocer Own-Label Accreditation Scheme. Under this new scheme, all the products we review can apply for accreditation at any time, through a programme of continuous consumer testing and approval developed to help retailers and suppliers promote the best own-label products. Find out more here. 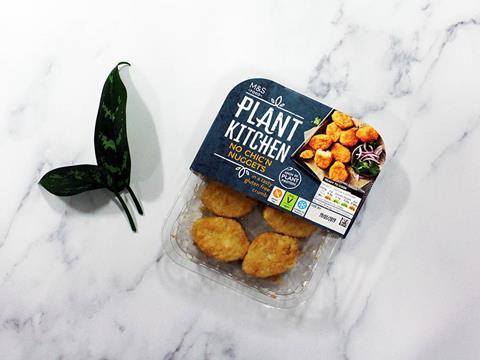 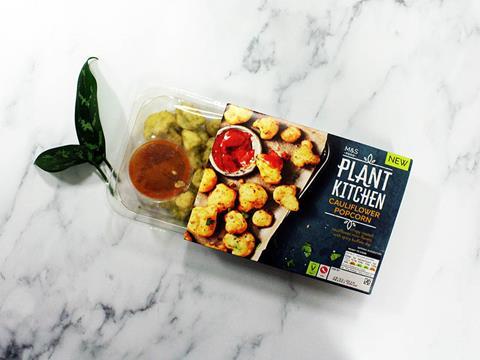 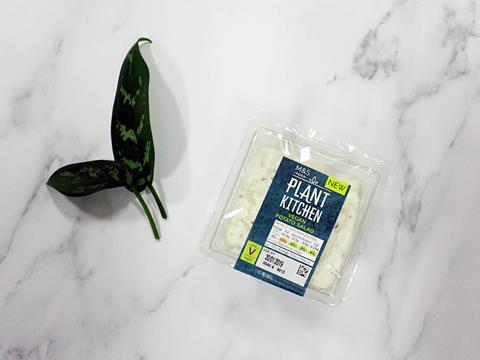 M&S says: Potatoes in a vegan mayonnaise-style dressing with onions and herbs. 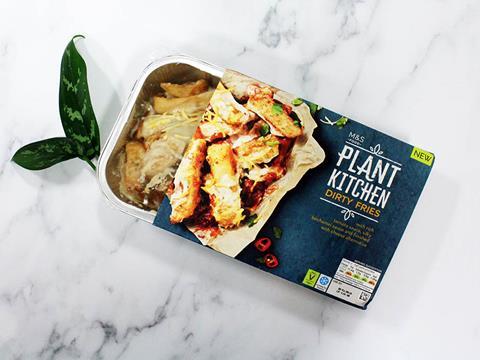 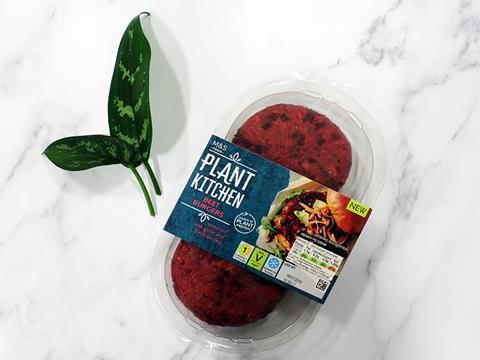 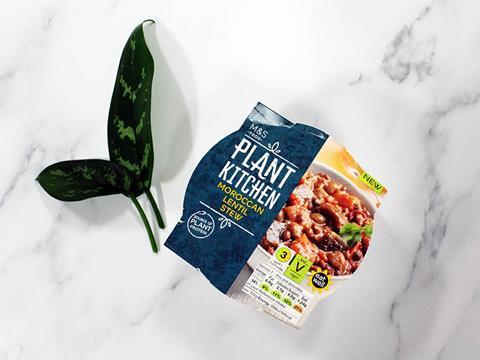 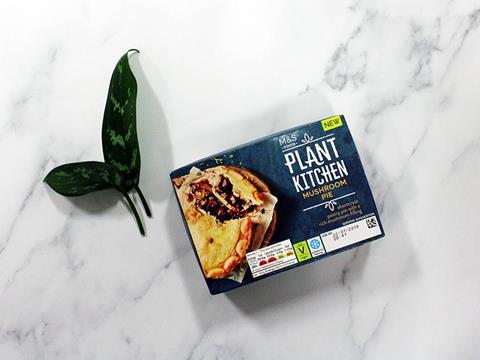 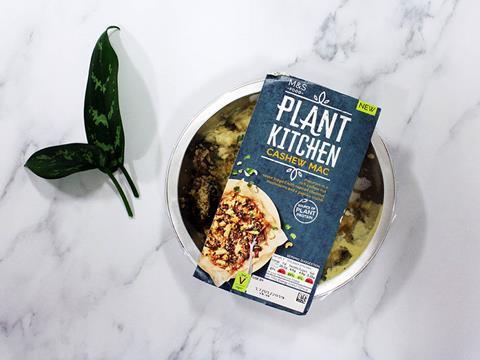 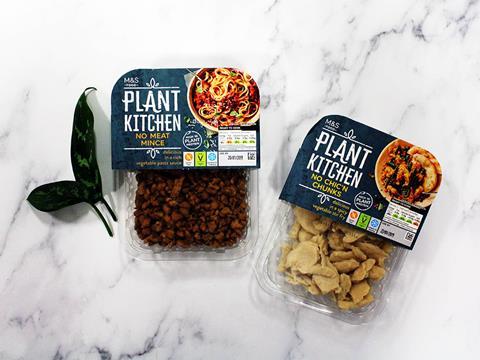 No Chic’n Chunks and No Meat Mince 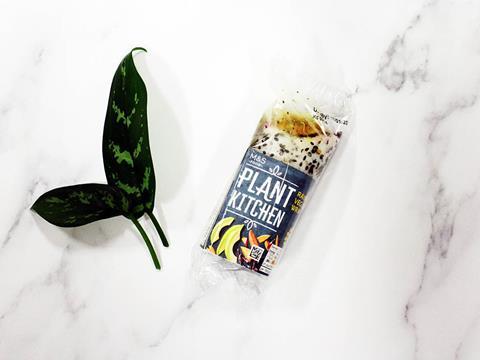 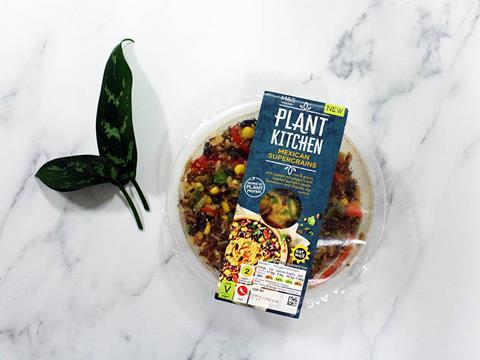 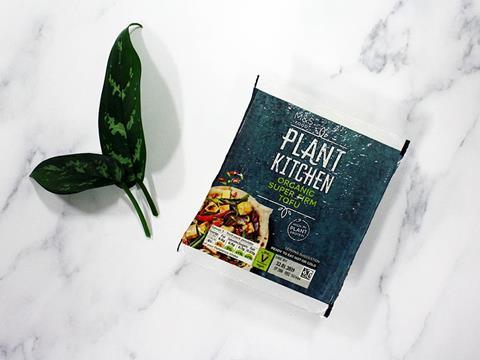 What do you think?

With the number of flexitarians growing annually it’s been a long time coming for M&S to step up its plant-based game. M&S is known for innovative, quality food with their own twists, and not for hopping on the bandwagon of every urban food trend. Considering plant-based eating is more of a ‘dietary shift’ than ‘minor trend’, why did it take so long? Quality can’t be rushed, it seems. The timing, however, of Plant Kitchen’s launch couldn’t have been more perfect: during the double whammy of January’s consumer focus on healthier eating combined with the growing campaign of Veganuary. Also, the choice of celebrity endorsements on the shelf talkers has not gone unnoticed. Paddy McGuiness - who knew?

Is the range interesting?

I love that no one at M&S has deemed that eating plant-based must always be about rainbow colours, light-as-a-feather portions, or virtuous healthy eating 365 days a year.

There’s clear division of uber-healthy versus fast food. There are beet burgers and falafels for the healthy weekdays, and ’fun, street food-style’ eats you might have for a weekly treat, such as the Dirty Fries, Cauliflower Popcorn and Mac N’ Cheese. There’s a raft of more traditional staples and sides such as spaghetti bolognese, lasagne, mushroom pie, margherita pizza, potato salad and coleslaw – and there are three healthier reliable ready meals: Thai Green Curry, Roasted Aubergine, and Mushroom Stronganoff with Cauli Rice. There’s something for everyone.

What does this tell us about the wider own-label strategy?

By investing in a fully-fledged plant-based development, accompanied by perfectly positioned naming and branding, M&S has reasserted its strengths in own-label and has justified the time lag behind competitors. The focus remains on quality, and being in control of guiding and delighting its customers with innovation. Notably, Plant Kitchen is also free from black plastic packaging, using more widely recyclable trays, as well as foil trays and cardboard boxes.

How does it stack up against other own-label vegan ranges?

Plant Kitchen feels more hearty, grown-up and accomplished. It’s worth the wait. Competitors have either taken an uber-healthy route or they have rushed products to the shelves and left flavour as an afterthought.

Also, there is an oversupply of vegan shepherd’s pies and curries under third party brands and M&S has now proven they are a force to be reckoned with.

I’d only improve upon the sandwich range, but cold vegetables between bread is a hard sell. I’m sure the product developers will be working on proper meat and cheese alternative sandwiches, given the main ingredient suppliers are soon to obtain their necessary BRC accreditations.

Finally, to the one major flaw in Plant Kitchen, which I do hope I don’t need to wait another year for: what’s for pudding?