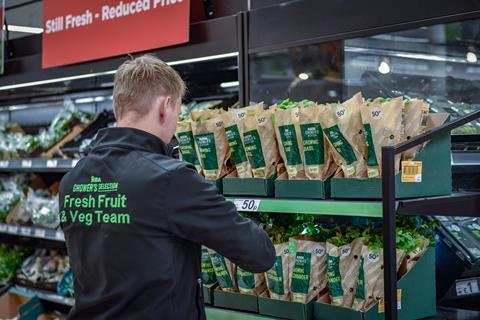 Asda has lost a Supreme Court fight against store workers who brought an equal pay claim after complaining staff working in distribution depots got more money than those on the shop floor.

Asda had claimed the staff in the case, most of whom were women, should not have their pay compared to DC staff because the roles were different.

Today is the latest stage in a battle that could still go on for years.

An Employment Tribunal decided in 2016 the roles could be compared.

Asda unsuccessfully appealed this at the Court of Appeal in 2019, before appealing to the Supreme Court last July.

The GMB union, which brought the claim on behalf of its members, hailed the ruling as a “massive victory”.

It called on Asda bosses to meet with them and discuss the next stage of the shopworkers’ compensation claim, which could run to £500m.

“We are proud to have supported our members in this litigation and helped them in their fight for pay justice. Asda has wasted money on lawyers’ bills chasing a lost cause, losing appeal after appeal, while tens of thousands of retail workers remain out of pocket.

“We now call on Asda to sit down with us to reach agreement on the back pay owed to our members – which could run to hundreds of millions of pounds.”

Lauren Lougheed, a partner in the employment team at Leigh Day, which is handling the case, said: “We are delighted our clients have cleared such a big hurdle in their fight for equal pay.

“Already an employment tribunal, the Employment Appeal Tribunal and the Court of Appeal ruled these roles can be compared, and now the Supreme Court has come to the same conclusion.

“It’s our hope Asda will now stop dragging its heels and pay their staff what they are worth.”

“This ruling relates to one stage of a complex case that is likely to take several years to reach a conclusion,” said an Asda spokesman.

“We are defending these claims because the pay in our stores and distribution centres is the same for colleagues doing the same jobs regardless of their gender. Retail and distribution are very different sectors with their own distinct skill sets and pay rates. Asda has always paid colleagues the market rate in these sectors and we remain confident in our case.”

The case comes with supermarket Sainsbury’s also in a row over equal pay which took a new twist this week.

More than 3,000 current and former employees claim they were underpaid by the supermarket compared to their distribution centre colleagues who “did the same job but earned a higher rate”.

However, judges this week said the grocer acted “unreasonably” in its attempt to quash the case.