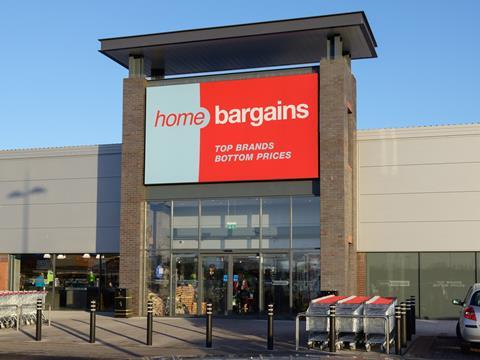 Home Bargains has been named and shamed by the government for paying staff less than the national minimum wage or national living wage.

The retailer is second from top on a list of 239 companies on a minimum wage non-compliance list, ordered according to the amount underpaid.

Employers on the Department for Business, Energy and Industrial Strategy’s list have to pay workers in arrears up to the current minimum wage rate. They also face fines of up to 200% of arrears, capped at £20,000 per worker.

Home Bargains, headquartered in Liverpool, has 505 stores nationally, with plans to open about 50 more this year.

How pay stacks up at the supermarkets

The most common reasons companies found themselves on the list include taking deductions for costs such as uniforms, underpaying apprentices and calculating wages based on incorrect time periods.

The government began publishing lists of companies that fail to comply in 2013, with the latest highlighting more underpaid workers than any previous lists and leading to record fines totalling £1.97m. The earliest underpayment on the list is from 2011 while the latest happened this year.

“Our priority is making sure workers know their rights and are getting the pay they worked hard for,” said business minister Andrew Griffiths. “Employers who don’t do the right thing face fines as well as being hit with the bill for back-pay.

“The UK’s lowest paid workers have had the fastest wage growth in 20 years thanks to the introduction of the national living wage and today’s list serves as a reminder to all employers to check they are getting their workers’ pay right.”

Low pay commission chairman Bryan Sanderson said: “It is crucial that employers understand their responsibilities and workers know their rights around the minimum wage. That is why active enforcement and effective communication from government is so important.

“It is therefore encouraging to see that HMRC has recovered unpaid wages for the largest number of workers yet in this round of naming and shaming. I’m confident that the government will continue to pursue underpayment of the minimum wage vigorously.”