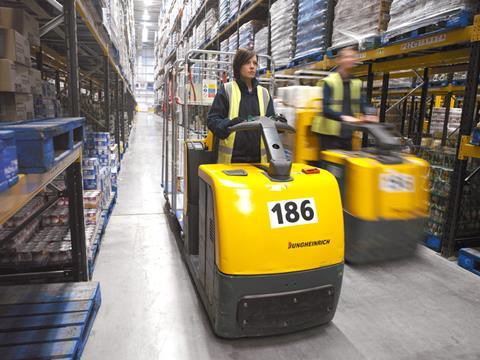 Workers at Tesco’s Dagenham distribution centre have said they will take strike action in a dispute over pay.

Union Usdaw said it hoped the retailer would bring forward a “suitable offer” so that industrial action can be averted to avoid disruption.

The union’s divisional officer Dave McCrossen said: “Usdaw has engaged positively with Tesco for over a year in an attempt to find a mutually acceptable settlement for the 2017 Pay Review. Unfortunately, the company have refused to improve upon their initial offer which was worth less than 3%.

“Industrial action is always a last resort and the decision to call a strike has not been taken lightly. Usdaw remains open to further discussions and hopes that the company can make an offer which is acceptable to the membership.”

A Tesco spokesman said: “We have put forward a fair and competitive pay deal to our distribution colleagues as part of our annual review process. All our 21 distribution sites, except one, have now agreed their offers. We are very disappointed that the union committee representing our Dagenham site has decided to move towards Industrial Action. We will continue to engage with the committee on this issue as we believe having a conversation is the best way forward.”