Benny Higgins to step down as head of Tesco Bank 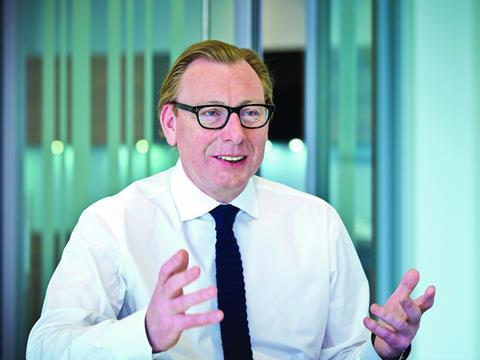 Tesco Bank boss Benny Higgins is to step down on the bank’s 20th anniversary.

Higgins, who joined the bank as CEO in 2008 and was appointed group strategy director in 2014, is to leave in February next year.

Higgins is regarded as one of the more colourful characters at Tesco. He has steered the bank through some difficult times, including the cyber-attack last year, when it had to refund an estimated £2.5m stolen from the accounts of 9,000 customers.

He was also at the centre of controversy after it emerged he spent £18,000 on London taxis over a period of eight months.

However, under his leadership the bank has grown its membership from 5.8 million to eight million accounts.

Established in 1997 as a joint venture with the Royal Bank of Scotland, the bank became 100% Tesco-owned in 2008. It currently employs 4,000 people across three sites in Edinburgh, Glasgow and Newcastle.

Tesco CEO Dave Lewis said: “Benny has steered Tesco Bank to the strong position it is in today. The strong growth in customers, deposits and lending is down to his leadership. It has been a pleasure having him on the leadership team and we wish him all the best in his future endeavours.”

Higgins added: “As Tesco Bank celebrates its 20-year anniversary, I want to take time to recognise the achievements of colleagues in serving our six million customers. I am very proud of what we have achieved together and it has been a privilege to work in Tesco Bank and across Tesco for what will have been 10 years.”