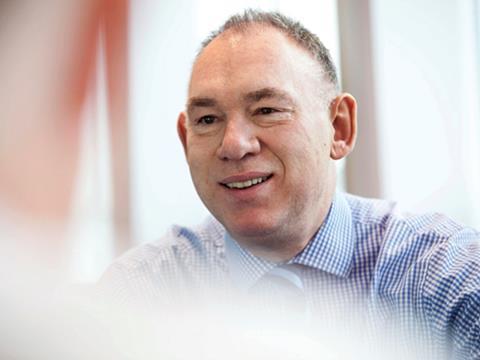 Former Dairy Crest MD Martyn Wilks has today (18 May) picked up the reins as chief executive of Hovis Ltd.

Wilks has been with Dairy Crest from 2007 to March this year, and Hovis said he been credited with developing Dairy Crest’s innovation capability and playing a “key role” in developing its brands. Wilks spent 20 years with Mars before joining Dairy Crest, in roles including president of the snackfood division of Masterfoods USA and MD of Mars, France. He also held commercial roles at United Biscuits and Cadbury Schweppes, where he began his career

“Martyn has extensive experience in a business that is very similar to our own,” said Hovis executive chairman Nish Kankiwala. “He has strong relationships with our key customers and his innovation experience is a perfect fit for the ambitions we have to develop our business and grow the category.

Wilks joins the baker as pressure is being piled on the fiercely competitive bread market by intense retail pricing activity. Rival Kingsmill has been hardest hit, with total bread sales of £314m in the year to 28 March 2015 [IRI], down £75m on the preceding 12 months. Hovis has overtaken Kingsmill to become Britain’s second-biggest selling bread brand despite an £11m drop. Late last year, seven of Hovis’s biggest-selling SKUs were delisted by Asda.

“Martyn understands the challenging trading environment and has a proven track record for success in achieving growth by improving operational and organisational capabilities,” added Kankiwala. “He has effectively built brands and categories through innovation-driven strategies and I’m confident he will deliver sustainable growth for Hovis.”

Describing Hovis as an iconic brand, Wilks said he was looking forward to working in partnership with Kankiwala, the executive team and the board to grow the brand and the category.

“I am joining the company at a time when Hovis has recently seen the strongest growth performance out of the three major bread brands in the UK and it is also currently perceived as the healthiest brand in the market,” he added. “With a foundation as strong as this, along with a dynamic and energised team, I’m thrilled to be part of the next Hovis chapter.”

Earlier this month it was announced that Kingsmill owner Allied Bakeries is to be led by Jon Jenkins – currently boss of fellow Associated British Foods business Twinings – following the departure of CEO Mark Fairweather in March.