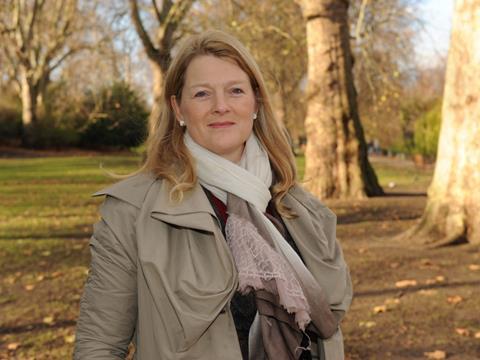 Groceries Code Adjudicator Christine Tacon speaks to The Grocer about her first year in the role, and a new pledge on ‘forensic auditing’ by eight major supermarkets.

I think so, yes. It was the top issue that everyone has complained about. I don’t get anywhere near as many active complaints as I should, but when I speak to people I hear the things that are going on. So I think this will be a really good indicator that we can change things without it being antagonistic. It shows that even without having an investigation we can make progress and move things forward.

“I need evidence, I need people to talk to me so I can know that something is going on and have the evidence to launch the investigation”

Do you think the lack of anonymity is holding suppliers back from talking to you?

The anonymity issue is a red herring. I can understand individuals thinking ‘I don’t want to risk my business!’ but they don’t realise it is happening across the board. No one needs to be exposed because these issues are so common. Look at the existing case studies and you will see that none were specific to a category. So while there might be the exception, where a particular person in a particularly awkward situation, if someone has been on the receiving end of a particular practice for years, they will not be the only one.

You proposed a fine (1% of UK turnover) but that hasn’t been rubber stamped yet. Why not?

We had to make a formal recommendation to BIS and they had to write a business case for parliament, and the same people are working on the pub adjudicator and they probably haven’t seen it as a priority. I am assured there is no issue; they just haven’t got around to doing it yet.

Are you working on any investigations?

What is the general vibe you pick up regarding the relationship between suppliers and retailers?

When it comes to some of the things retailers do in their negotiations, the bigger, more confident suppliers will say that ‘this is the game we both play’, but some of the smaller suppliers will get a demand and freeze like a rabbit in the headlights. They say ‘What do I do, if I don’t pay it, will I get delisted?’ Those are the people I want to speak to me. But I also get some people saying without this retailer I wouldn’t have a business, they have been wonderful and have helped me build.

“It’s not about making sure you are compliant and following the rules. It’s about a cultural change”

Are you getting more of them speaking to you?

Maybe it is starting to hot up. But my ideal situation would be for a retailer to launch an initiative, lots of people look at it and say that doesn’t feel right, I know about it within 24 hours, I talk to the retailer’s code compliance officer and within a week it is stopped. That would be the ideal, boom, boom, boom, it’s all sorted. Particularly if it’s a one-off, like a rogue buyer. It also works the other way around. I have had three retailers get in touch to say we are thinking of doing something, can we run it by you to ensure its code compliant. They say ‘It’s a variation of terms; can we make sure it’s not an issue?’

Tesco UK MD Chris Bush suggested you were happy with what you saw at Tesco HQ – were you?

Yes. I saw huge evidence of a cultural change that was starting at the top. What I am trying to do across the board is communicate that it’s not about making sure you are compliant and following the rules. It’s about a cultural change, how you work with suppliers and looking for cost efficiencies that work both ways, rather than simply adhering to the letter of the code.

Are all the retailers taking a proactive approach?

They have all picked up the spirit of working collaboratively with me. I have quarterly meetings with all of them. I haven’t been through them all yet, I asked them to invite me, show me what they do, show me their training, let me meet their board, speak to buyers, meet the CEO. Some of them have been slower than others at taking it up but none of them have said no. So I don’t think I can ask for more. Every time I go somewhere I get a positive welcome, see senior people and feel there is a change taking place.

Are some retailers worse than others?

(Laughs) I’m not going to tell you. But they are all trying to move forward. Compliance with the code is law, it’s not an issue. So everyone should be compliant.

“Saying you can’t supply someone else is an issue for the competition and markets authority, but reasonable notice period is under my scope”

We have heard of at least one supermarket threaten to delist suppliers if they also supply Aldi and Lidl. Has that come onto your radar?

Yes, it has. Saying you can’t supply someone else is an issue for the competition and markets authority, but reasonable notice period is under my scope. It is something I have mentioned to the code compliance officers when they talk to me about reasonable notice [before a delisting]. A few of them want me to spell it out. I say if someone is an exclusive supplier to you, then reasonable notice should be considerably longer than a supplier that is not. So if you want to push people to become exclusive by saying we don’t want you to supply a particular retailer, be aware that I will expect you to give them longer notice.

What do you consider to be reasonable notice?

It does vary from case to case, but it should always be a minimum of 12 weeks. I heard of someone in eggs being given significantly shorter notices period that that. So what are they supposed to do with the hens? It’s thinking what’s reasonable. So start with 12 weeks. If you are a big brand and you supply to lots of other people, then it’s probably not as important to have longer, but if you’re small and exclusive, then it’s very different. We may well produce some guidance. At the moment a lot of people are asking me about it.

What sort of reaction has there been to the case studies that have been released so far?

I check the details for accuracy with the retailer in breach of the code before it goes online, and all of them have accepted it. I haven’t had any of them challenged, although of course they are written carefully in the first place. I have had responses from trade associations saying thank you, we now have suppliers who know where we stand. I felt a little sorry for Morrisons in the last one, because it got picked up and publicised whereas I don’t think people were ready for the first two. But people are probably hooked up with Google Alerts now, so I suspect new case studies will be picked up in the same way.

“I need to do more on raising awareness of the code, building people’s confidence in talking to me”

You’ve agreed to stay in the hot seat for at least four years. How have you found it?

I thought I would be sitting at my desk and wondering why no one was ringing me, but there has been far, far more speaking engagements than I had ever anticipated. I have done almost everything on the train. So I don’t think I had foreseen it would require so much engagement, you would think after all the lobbying people would be flooding in to tell me stuff. There is an automatic review after two years by an independent person, who will ask ‘Is the GCA making any difference?’ And I suppose, technically, after two years they could close us down.

What are the biggest challenges you face when it comes to making a difference?

I need to do more on raising awareness of the code, building people’s confidence in talking to me, and do more in helping the retailers understand what the issues are and how we can move forward. I also think there is a degree of scepticism saying the code has been around for four years, not made much difference, or what difference it has made has already happened, so what more difference can be made? So I’ve got that to overcome as well.

What do you think you have achieved?

More than I thought. I thought I would have to go down the investigations route to get change, but I wanted to give the collaborative route a chance, and I have shown the collaborative route can achieve something. I am particularly pleased with that. Partly because if you go down the investigative route,it will take ages to do each one and we will both end up with loads of lawyers. This is a faster, simpler, way of moving things forward. And I can do it on a much wider range of things.