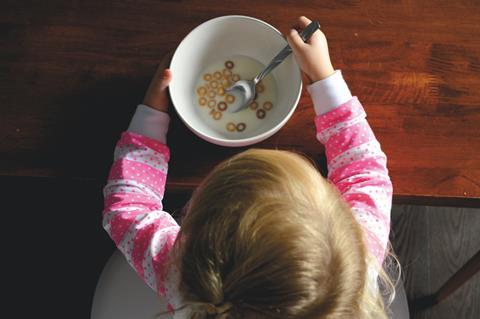 Tens of thousands of families faced long waits for school meal vouchers after the government awarded a controversial contract to a private provider, while a raft of supermarkets were excluded from the scheme, a report today concluded.

The National Audit office (NAO) found the decision by ministers to award a £234m contract, without tender, to French provider Edenred, led to schools and parents facing delays in receiving the £15-a-week vouchers.

The report says the government bypassed usual safeguards to award the contract to save time and that it relied on the Edenred IT system being able to cope with the voucher scheme despite “limited evidence” of its capacity.

The vouchers scheme has been the source of huge controversy since it launched during lockdown in late March. A raft of retailers, including the Co-op and  Lidl, were unable to take part.

While other supermarkets – including Asda, Tesco, M&S and Waitrose – did take part in the scheme and others joined later, the NAO’s analysis shows that when it launched many families faced long journeys to reach participating stores. Meanwhile, the website used to handle the system caved in under the scale of the task.

Today’s report reveals how ministers in the Department for Education ended up having daily crisis talks with the provider as controversy raged over the scheme.

“The Department was uncertain how many schools would register to use the scheme and estimated that take-up could be anywhere between 50% and 100% of schools,” says the report.

“In its contract award letter to Edenred, the Department said that it would provide registration details for more than 20,000 schools, equivalent to potentially 100% take-up, but it had limited evidence of Edenred’s capacity to deliver the scheme to this scale and the required pace.”

The NAO said the DfE wanted a broad range of stores to take part. It also decided that families should be able to spend their vouchers in any store taking part in the scheme, which meant it was limited to six national supermarket chains with commercial relationships with the company and its digital gift card system.

While the number of chains taking part rose from six at the start of the scheme to 10 by the end of June, it said the absence of companies including Lidl, as well as local convenience stores such as the Co-op, contributed to the big waits and journeys faced by parents.

“Our analysis shows that, at the start of the scheme, 11.2% of schools were more than five kilometres from the nearest participating store,” says the report. “Choice was limited for a further 6% of schools where there was only one participating supermarket store within five kilometres. It is possible that coverage may have improved as more supermarket chains joined the scheme.”

Today’s report also found that the eventual cost of scheme could be almost £500m, but that ministers had no idea of the profit or loss made by Edenred itself.

“As of 5 October 2020, the Department forecast that the final cost of the scheme would be no more than £384m,” it says. “The Department does not know the value of vouchers that families have used because data are not available from the supermarket chains.”

It estimated that the potential maximum cost could be £473m. “At the time of our work, the Department had not made use of this arrangement and told us it did not know details of the potential profit or loss Edenred may have made from running the scheme.”

NAO head Gareth Davies said: “Problems at the start of the scheme led to a frustrating experience for many schools and families, but DfE and Edenred worked hard to get on top of these issues. Performance steadily improved as the scheme progressed.”

An Edenred spoeksman said: ”Today’s report recognises how Edenred delivered a scheme of unique scale for the DfE which the majority of parents said worked well and which translated every pound of public money into vouchers for children who needed them.

The report is fair in its reflection of the challenges faced in the first four weeks and we welcome the recognition of the hard work and investment we put into solving those problems, resulting in improvements to a scheme which delivered for parents and schools in the final four months of the programme, when it saw the greatest demand.”