Sainsbury's takes the lead as most mults hike promotions 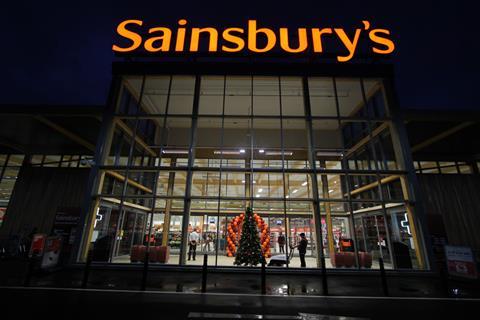 After a year of sliding sales, the big four are cutting more prices in an attempt to regain ground before the year’s end.

Asda increased its deal numbers in a similarly dramatic fashion and ran 18.58% more than last year. But despite its EDLP rhetoric, Asda’s deals were the most likely to be multibuys. Some 43.78% of its offers used this mechanic, compared to 56.06% on price savings.

Morrisons ran 4.66% more deals than last year, with the extra coming almost entirely from doubling confectionery offers to 200 from 94.

As Christmas approaches, Tesco is the only big four retailer to offer fewer deals than last year. It had pinned some of its hopes on Black Friday, announcing that its 24-hour stores would close from midnight to 5am to give staff a chance to prepare. But Assosia’s researcher found the long sectioned-off path to enter the store almost empty and with many grocery fixtures replaced with uninspiring Black Friday deals.

Assosia MD Kay Staniland says: “Asda must have been giving themselves a pat on the back for their timely pull out.”

Tesco’s deals reduction is largely down to slashing its wine promotions to 136 from 232 and confectionery to 220 from 321. Bucking this trend, however, were spirits deals, up 41.17% to 288 to become the most heavily promoted category.

Waitrose, meanwhile, has become king of the bogof with 19.02% of its deals using this mechanic compared with 1.95% at Tesco and 4.65% at The Co-operative Group.

Staniland adds: “Asda, Sainsbury’s and Tesco, along with the other grocery chains, really need to start looking at other options besides deep dive promotional activity to get consumers back on board. With each retailer claiming to price match at least one competitor, consumers are seeking something different - especially at Christmas. NPD is as important as a discount - so reindeer may not be everyone’s cup of tea, but it’s a talking point and will pique at least some shoppers’ interests to see what other goods are ranged.”